The BCREA Commercial Leading Indicator (CLI) fell for the second straight month to 134.3 in the fourth quarter of 2019. Compared to the same time last year, the index is up by 0.3 per cent. 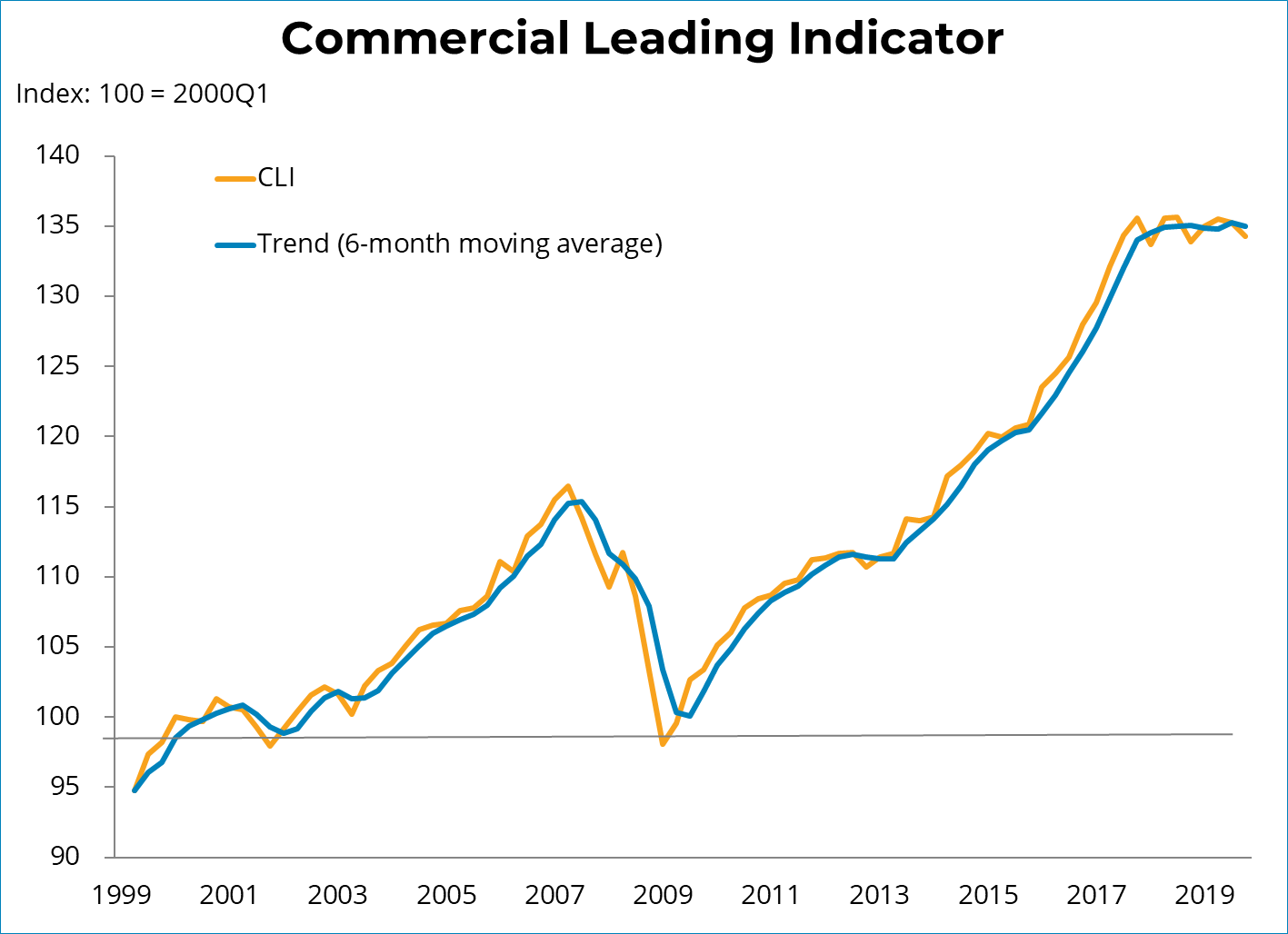 Provincial economic activity continued to slow in the fourth quarter of 2019, with declines in wholesale trade and manufacturing sales more than offsetting a gain in retail. This left theeconomic activity component of the CLI negative for the sixth consecutive quarter. Office employment was up for the sixth consecutive quarter, but not enough to offset a decline in manufacturing employment, resulting in a negative change in the employment component of the CLI. The financial component of the CLI was also negative following three consecutive quarters of positive performance. The underlying trend in the CLI has been relatively flat over the past six quarters, suggesting a continued stable environment for commercial real estate activity in the province.

BC’s economy continued to slow in the fourth quarter of 2019. Weak manufacturing sales in durable goods, and lower wholesale trade sales in motor vehicles and machinery and equipment, put a drag on economic activity. Meanwhile, retail sales were positive after two consecutive quarters of negative growth. Despite this, retail sales ended 2019 with the lowest growth rate since the financial crisis in 2009.

Employment growth in key commercial real estate sectors such as finance, insurance, real estate and leasing continued to be positive, up by 1,600 jobs in the fourth quarter. In contrast, manufacturing employment fell by 6,700 jobs from the previous quarter.

The CLI’s financial component was negative in the fourth quarter due to a decrease in benchmark Canadian REIT prices and an increase in short-term borrowing costs.