Posted on November 22, 2021 by Jeffrey Qian 錢 曄
Canadian seasonally-adjusted retail sales fell 0.6% to $56.6 billion in September. The decline was driven by sales at motor vehicle and parts dealers (-1.6%) as new car sales continued to be impacted by semiconductor chip supply shortages. According to Statistics Canada's survey, just 0.5% of retailers were closed at some point in September. Preliminary estimates, based on roughly 50% of respondents reporting so far to the agency, indicate that retail sales rose 1% in October.

In BC, sales rose 1.1% to a fresh record in September, erasing declines in July and August. Compared to the same month last year, retail sales were up 6.7% in the province. Only electronics and appliance sales and building material or garden equipment were not up on a year-over-year basis in September. In the Greater Vancouver region, sales fell 0.6% month-over-month and were up 10.3% year-over-year.

In September, Canadian e-commerce sales rose from $3 billion to $3.2 billion. As a result, e-commerce increased from 4.9% of total retail sales in August to 5.3% in September. This percentage is lower than at most points since the onset of the pandemic but is elevated compared to pre-pandemic levels. 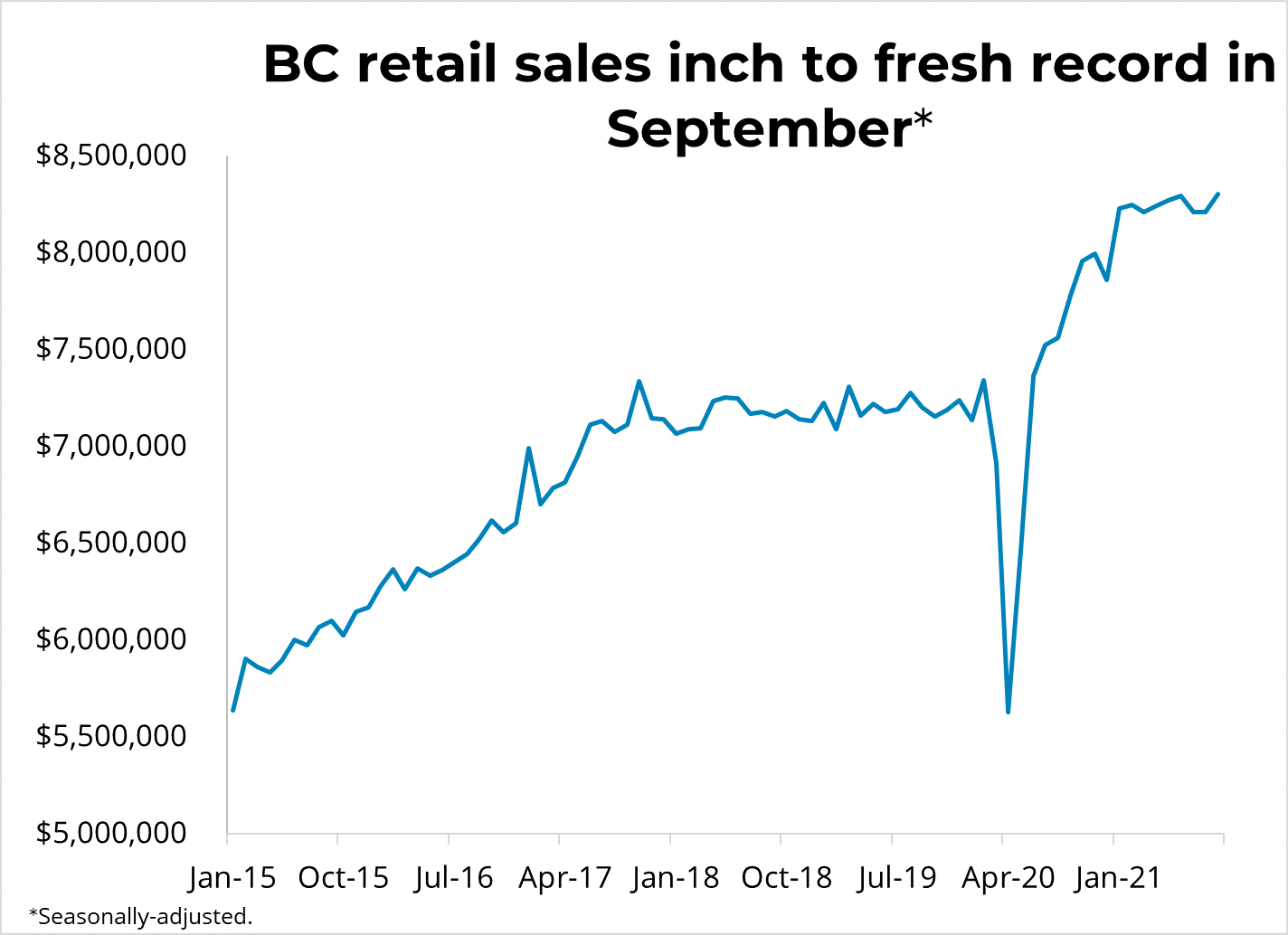 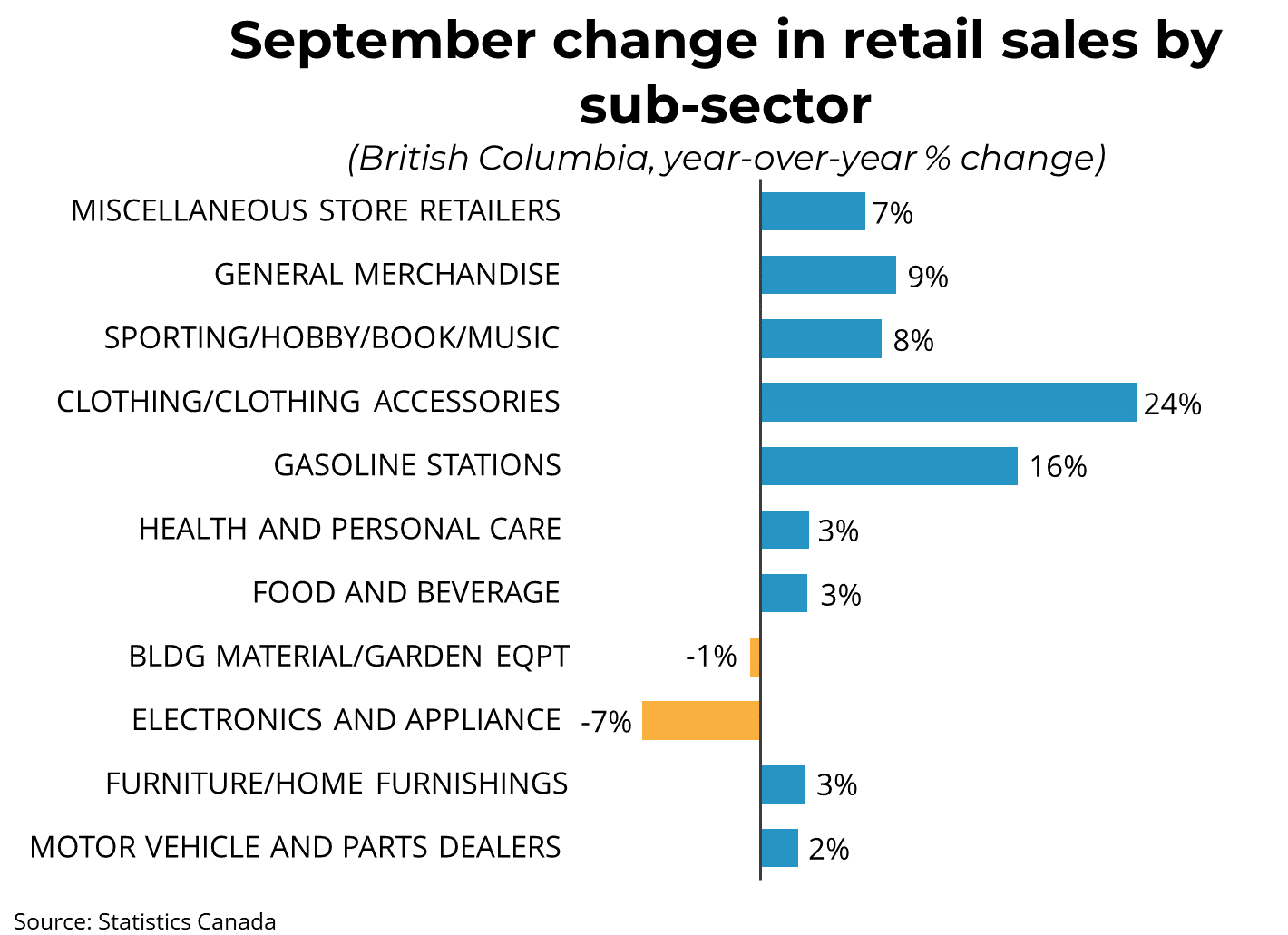