Retail sales rose for the third consecutive month in July by 0.6% on a seasonally-adjusted basis, close to Statistic Canada's preliminary estimate of 0.7%. This marks a deceleration from the 23% rise in June and a 21% rise in May, as stores were reopening. Sales were up in 6 of 11 subsectors, led by higher sales at auto dealers and at gas stations. Excluding these two subsectors, retail sales declined by 1.2%. Compared to the same time last year, retail sales were up by 5%. 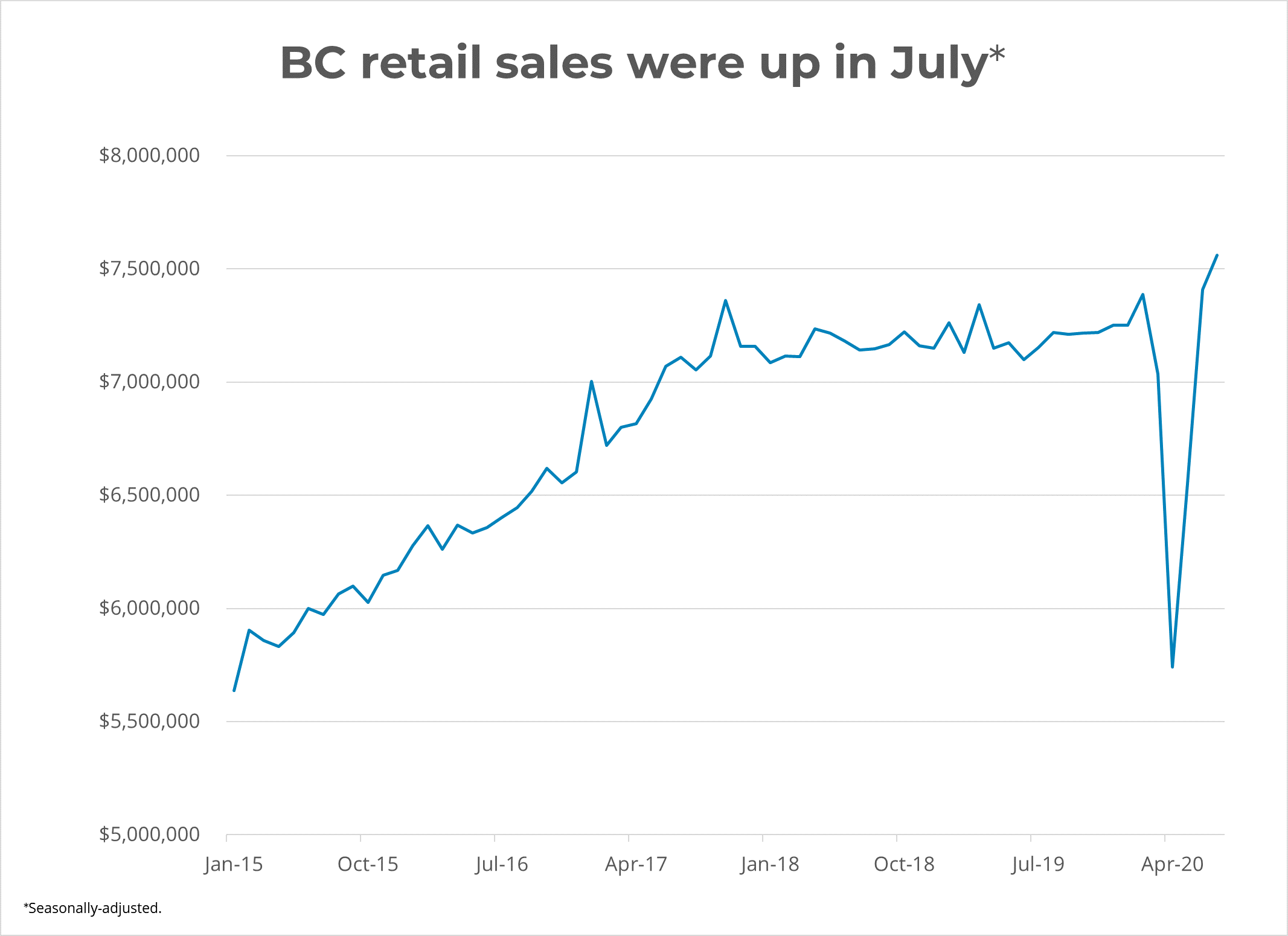 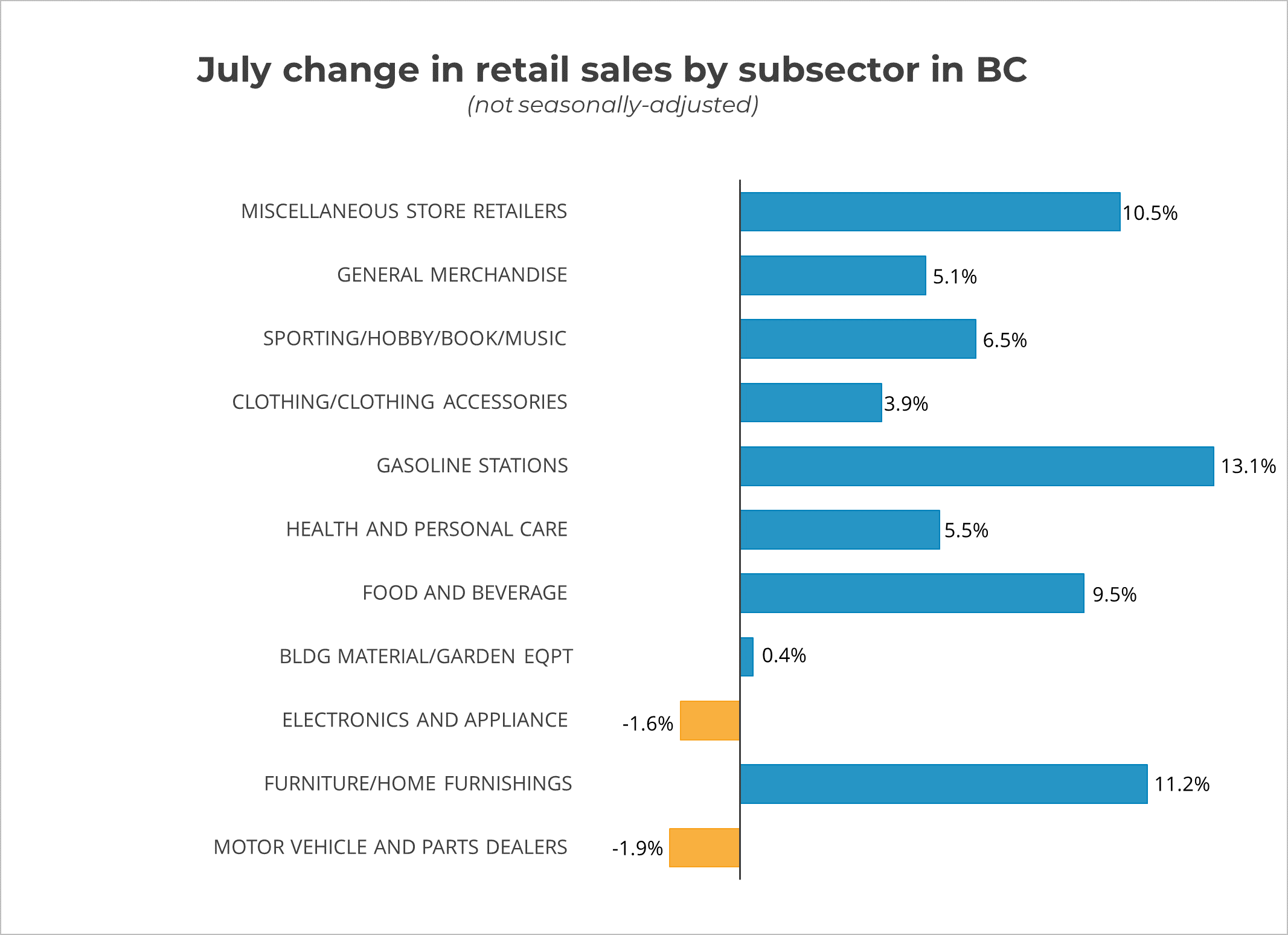