A weak report to start off 2020. Seasonally-adjusted Canadian retail sales were up by 0.4% in January at $52 billion. The rise in January was driven by auto dealers and gas stations. Minus these two sub-sectors and sales were down 0.3% in the month. Sales were up in 4 of 11 sub-sectors, representing 48% of retail sales. The impact of COVID-19 on the retail sector will become more evident in the months to come. Statistics Canada notes that respondent comments for February shows that business activities have been impacted.

Regionally, 8 of 10 provinces reported monthly increases in January. Notable increases were reported in Quebec (1.7%) and Alberta (1.6%). In contrast, retail sales were down in Ontario (-0.8%).

In BC, seasonally-adjusted retail sales were unchanged at $7.3 billion in January. Looking at the non-seasonally adjusted change shows a different picture. Retail sales in January were down from the previous month in all sub-sectors, except at auto dealers and gas stations. Meanwhile, Vancouver reported a monthly decrease of 1% in retail sales. Compared to the same time last year, BC retail sales were down by 0.4% in January. 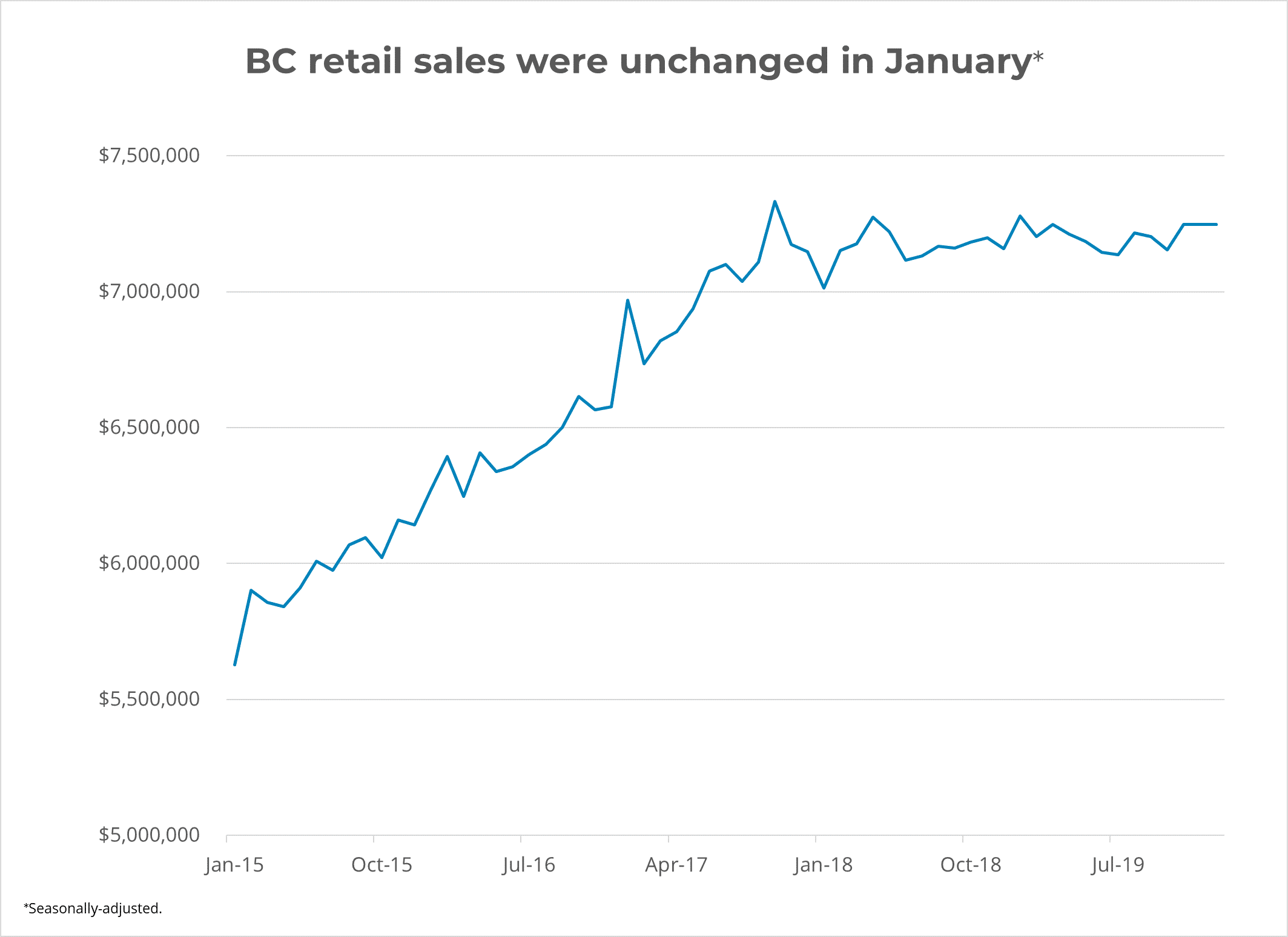 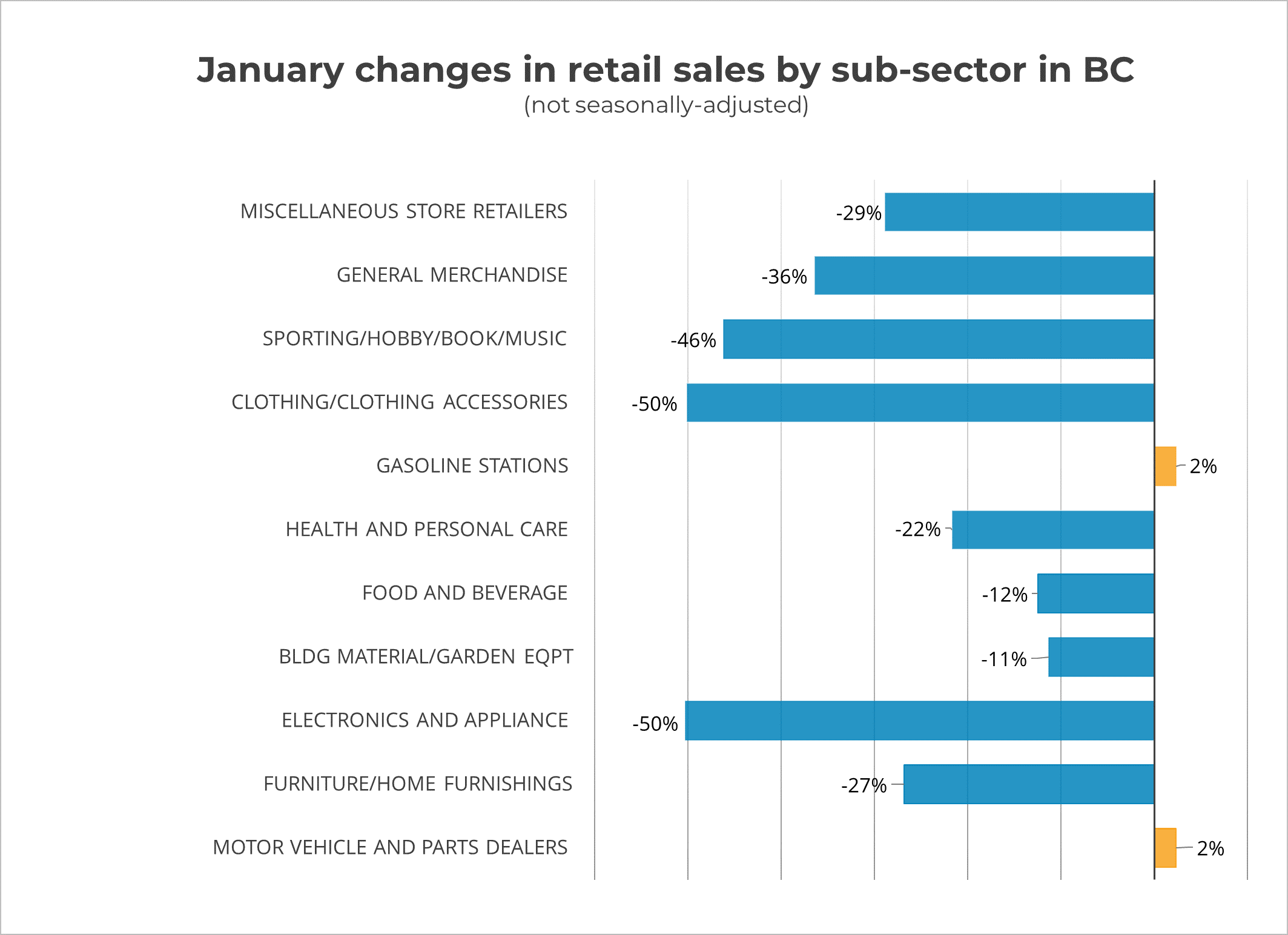