Seasonally-adjusted Canadian retail sales were unchanged in December at $51.6 billion, after rising 1.1% in November. Higher sales at building material and garden equipment stores, and at food and beverage stores more than offset lower sales at auto dealers and gas stations. Sales were up in 7 of 11 sub-sectors, representing 49% of retail sales.

Regionally, 8 of 10 provinces reported monthly increases in December. Notable increases were reported in Saskatchewan (2%) and Alberta (1%). In contrast, retail sales were down in Quebec (-1.4%).

In B.C., seasonally-adjusted retail sales rose by 0.1% to $7.3 billion in December. Increased sales were reported in the majority of sub-sectors with the exception of building material and garden equipment stores, as well as at auto dealers and gas stations. Meanwhile, Vancouver reported a monthly decrease of 1.1% in sales. Compared to the same time last year, B.C. retail sales were up by 1.5% in December. 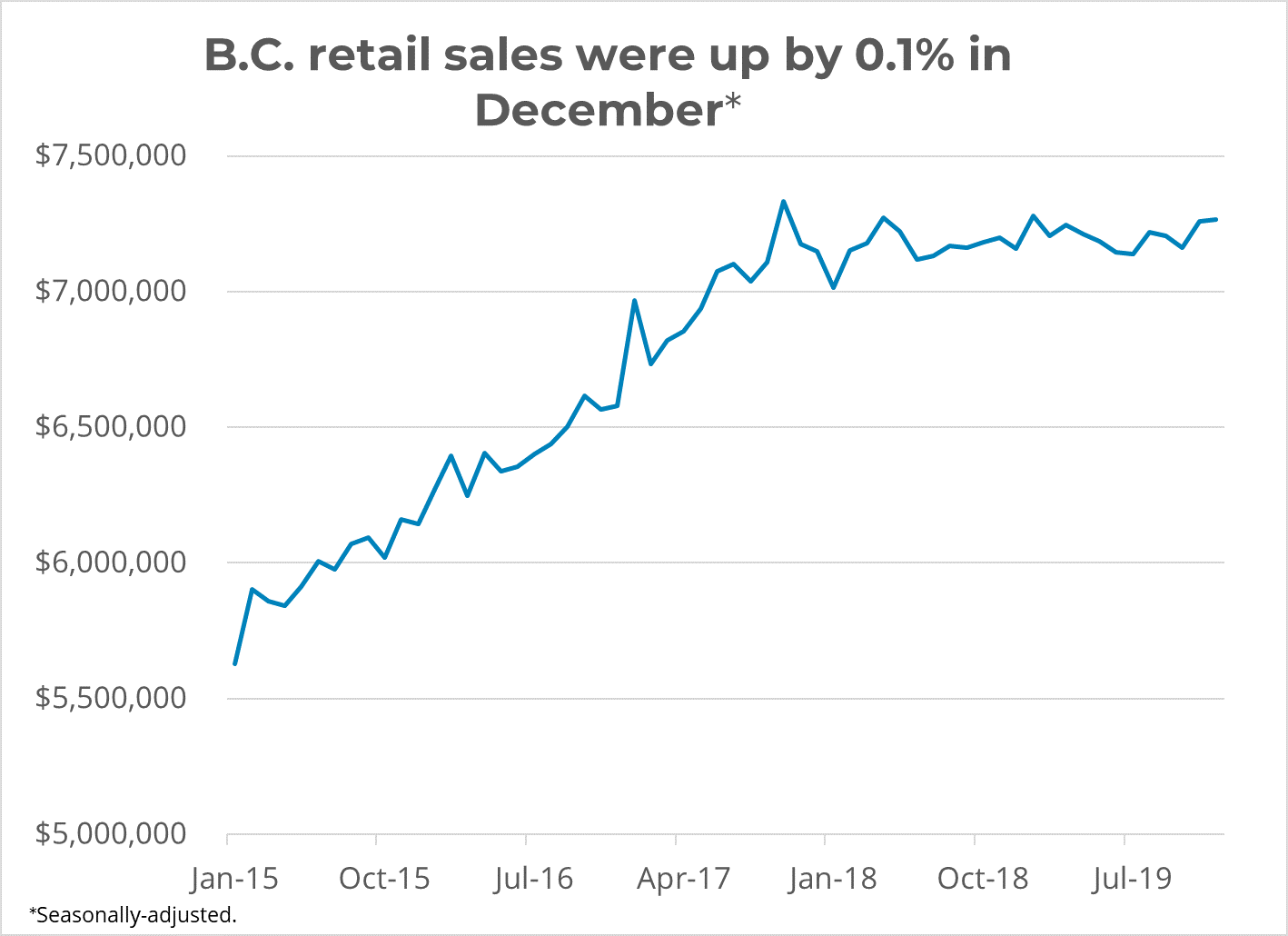 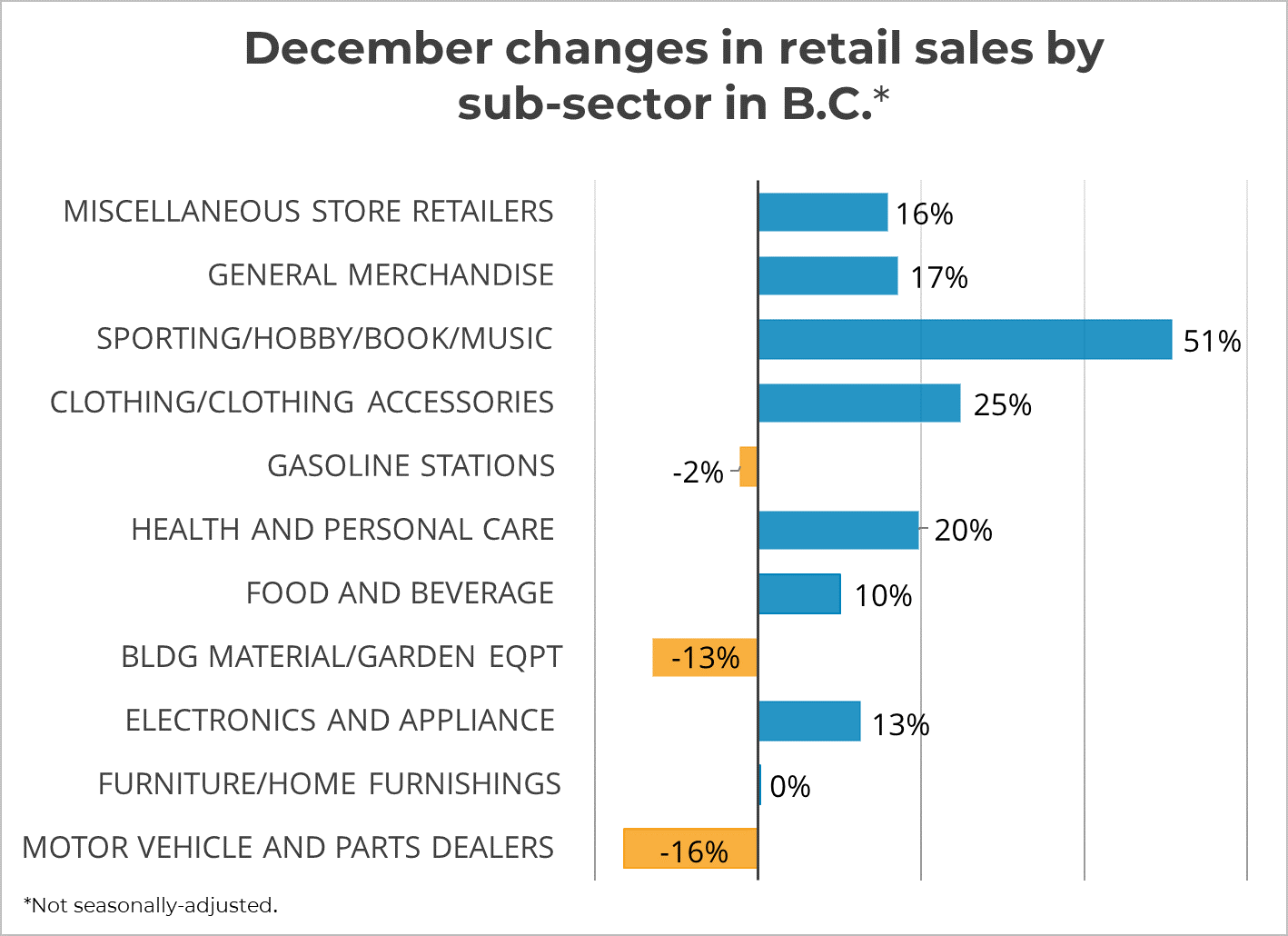