Canadian retail sales decreased by 0.1% in August to $51.5 billion, driven largely by lower sales at food and beverage stores and at gasoline stations. Retail sales were down in 6 of 11 sub-sectors, representing 51% of sales. Regionally, 4 of 10 provinces reported a decrease in August with notable declines reported in Ontario (-0.8%) and Manitoba (-1.6%).

In B.C., retail sales rose by 0.8% to $7.2 billion in August, ending four consecutive months of declines. Vancouver also reported a monthly increase of 1.7% in sales. Provincial sales were up in 7 of 11 sub-sectors, largely driven by sales at food and beverage stores and to a lesser extent, in furniture and home furnishings. On a year-over-year basis, B.C. retail sales were down by 0.4% in August. 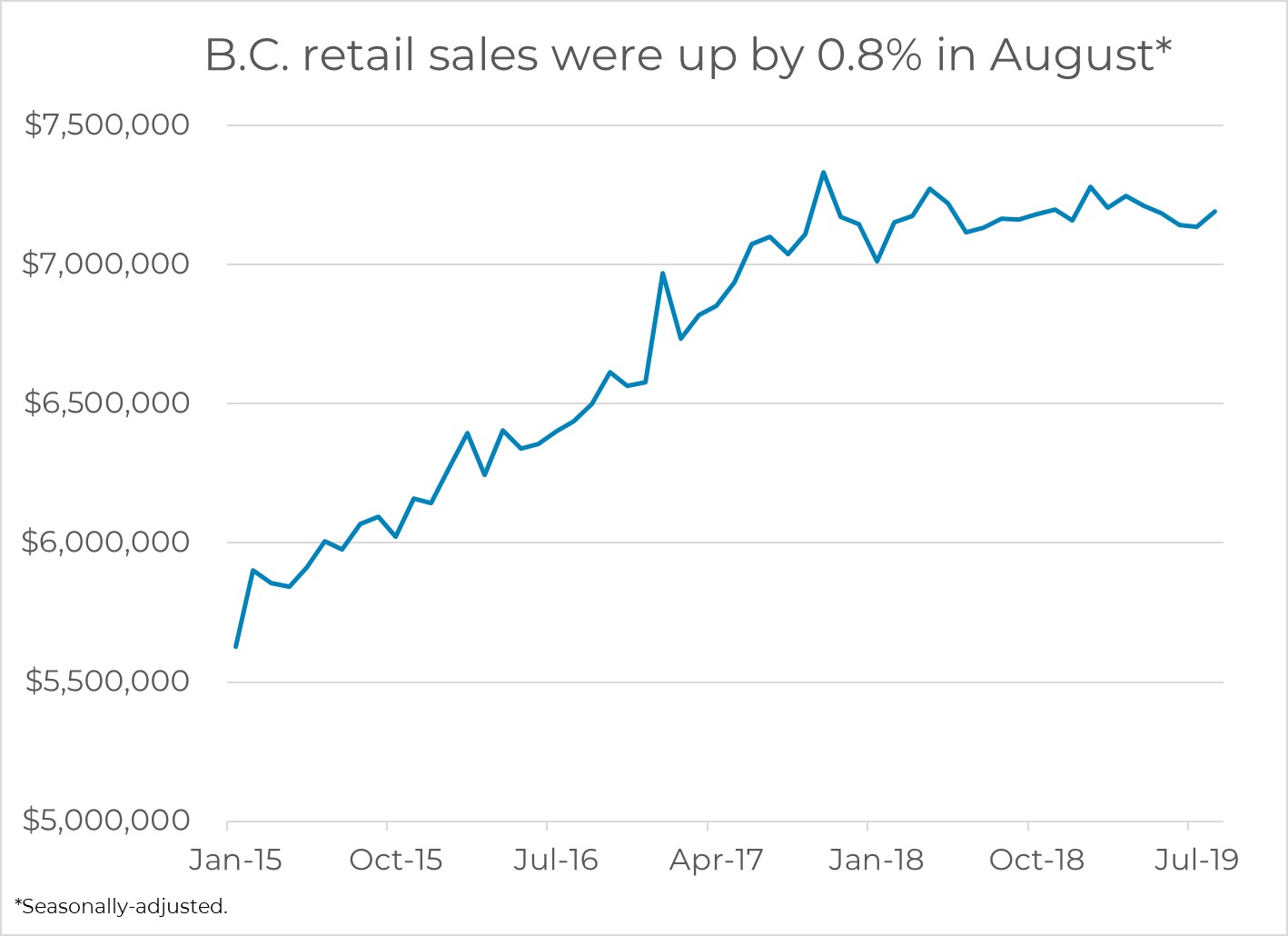 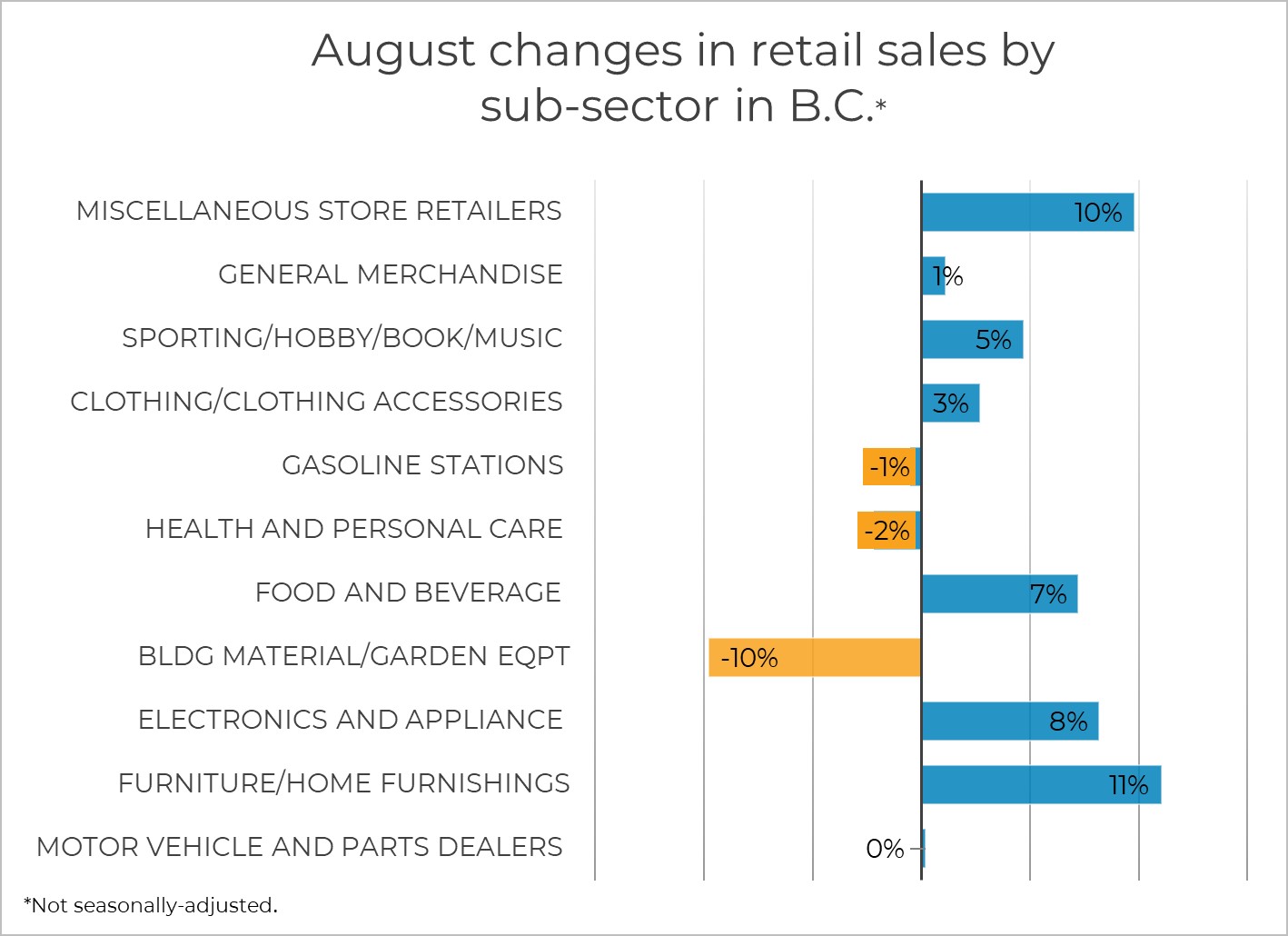