Seasonally-adjusted Canadian retail sales fell by a whopping 10% in March to $47.1 billion. The largest drop since the data became available in 1991. About 40% of retailers closed their stores mid-month due to the pandemic, while in the clothing sub-sector 91% closed. Sales were down in 6 of 11 sub-sectors, representing 39% of retail sales. Leading the drop were clothing stores (-51%), auto dealers (-36%), and gas stations (-20%). In contrast, sales were up at grocery stores (23%), health and personal care stores (5%), and general merchandise stores (6%).

The shutdown of physical stores caused many retailers to shift or expand their online presence. E-commerce sales were up by 40% in March year-over-year at $2.2 billion, accounting for almost 5% of total retail sales. This excludes Canadians purchasing from foreign e-commerce retailers.

Sales were down in all provinces, leading the decline were Ontario (-9%), Quebec (-16%), and Alberta (-13%). In BC, seasonally-adjusted retail sales were down by 4.6% at $7 billion in March. Looking at the non-seasonally adjusted change shows a different picture. Retail sales in March were up by 5.3% from the previous month, notably at grocery stores (31%), building and garden material stores (26%), and at electronics and appliance stores (23%). Compared to the same time last year, BC retail sales were down by 3%.

Given that retailers were closed only starting mid-March, it is expected that the April decline will be higher. Advance estimates provided by Statistics Canada for April indicates retail sales declined by 15.6%. As some provinces begin to re-open, we can expect retail sales to gradually return, but the magnitude will largely depend on consumer demand, which has been cautious in other countries that have started to re-open. Moreover, unemployed individuals and individuals who have had their working hours reduced will likely not be making non-essential purchases in the near future. 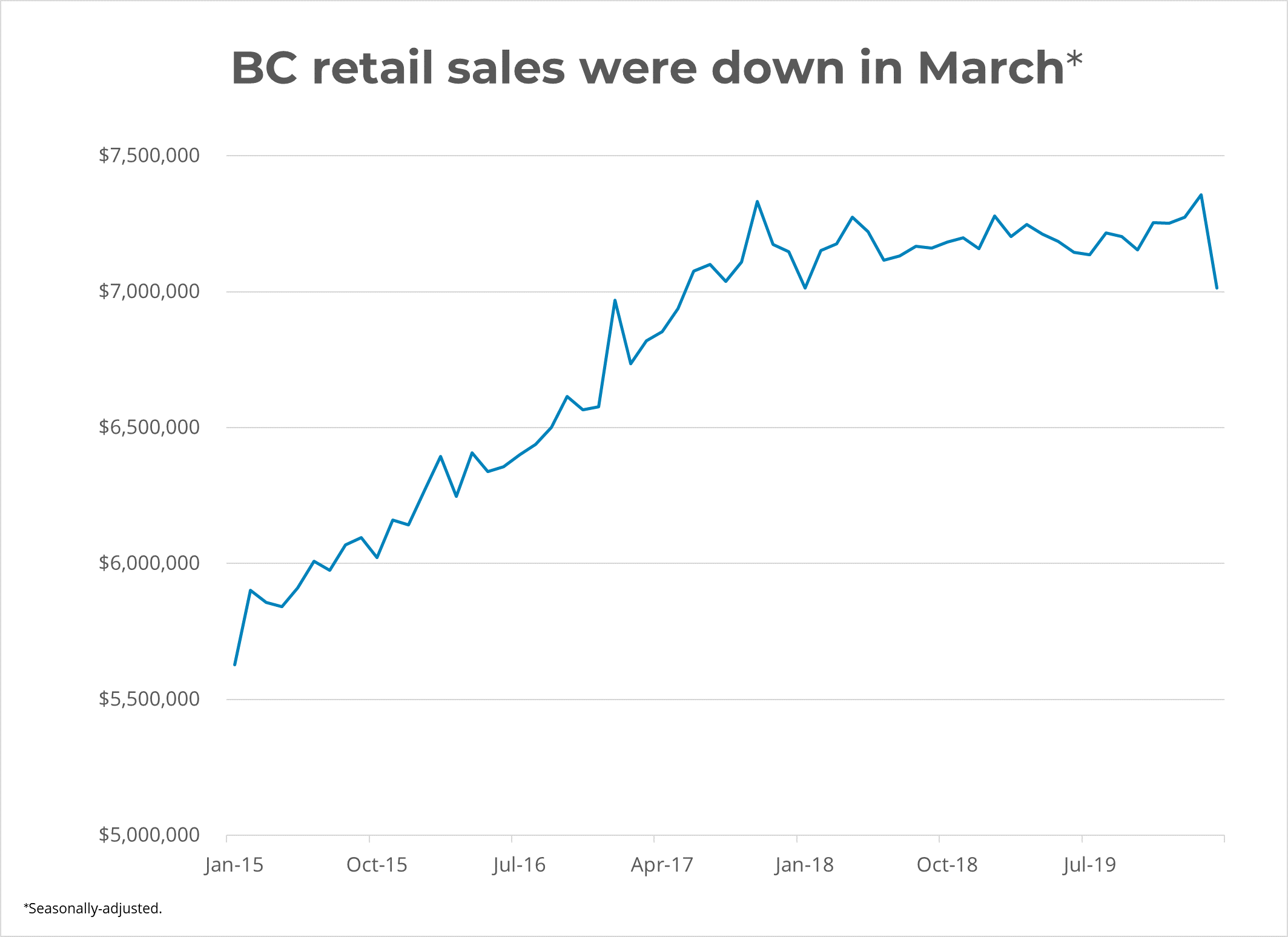 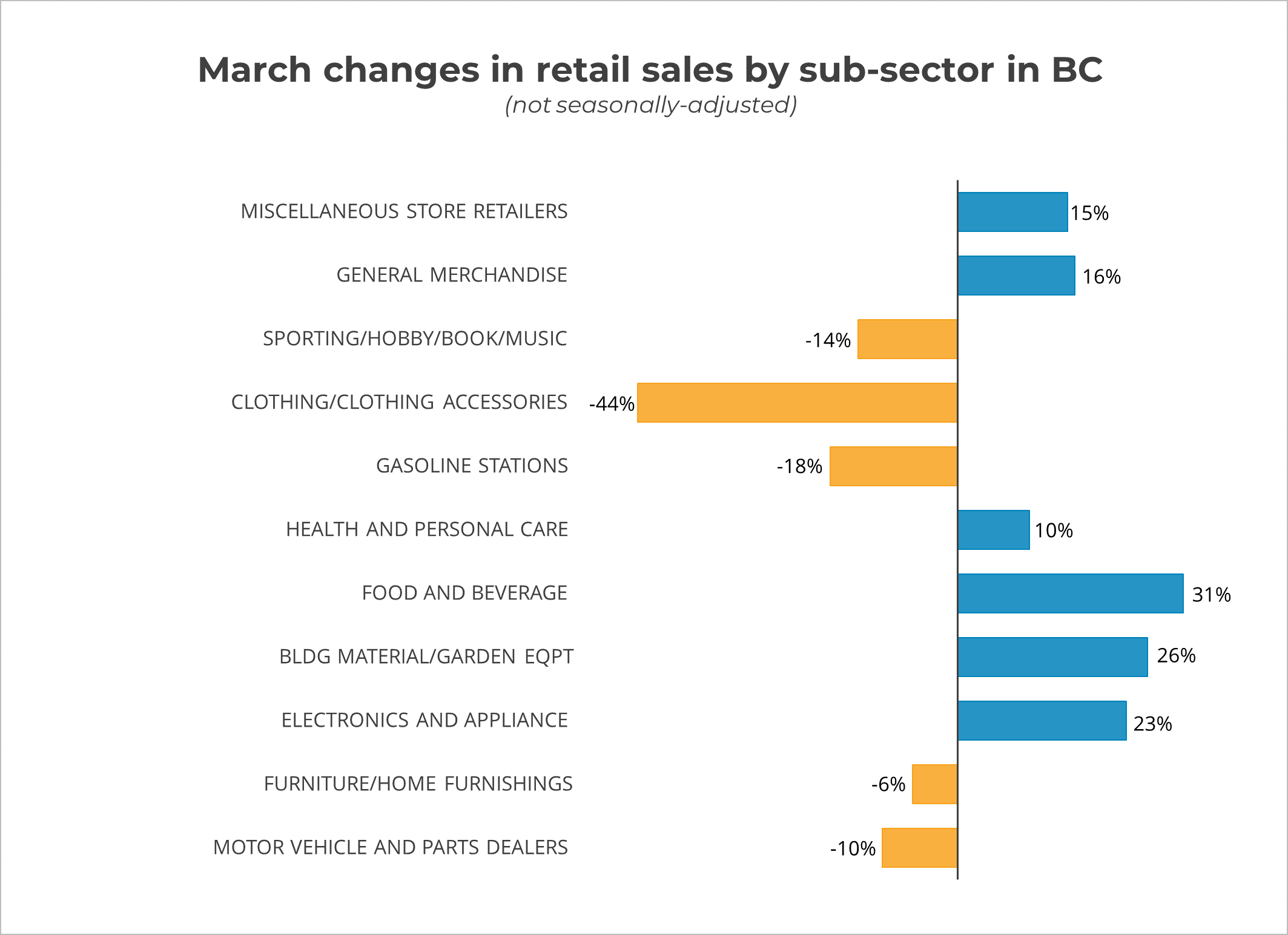