In B.C., retail sales declined 0.4% from the previous month to $7.16 billion. Vancouver also reported a 3% decline in sales. Provincial sales were down in most sub-sectors, except at electronics and appliance stores, sporting goods/hobby/book/music stores, and miscellaneous retail stores. On a year-over-year basis, B.C. retail sales were up 1 per cent in June. 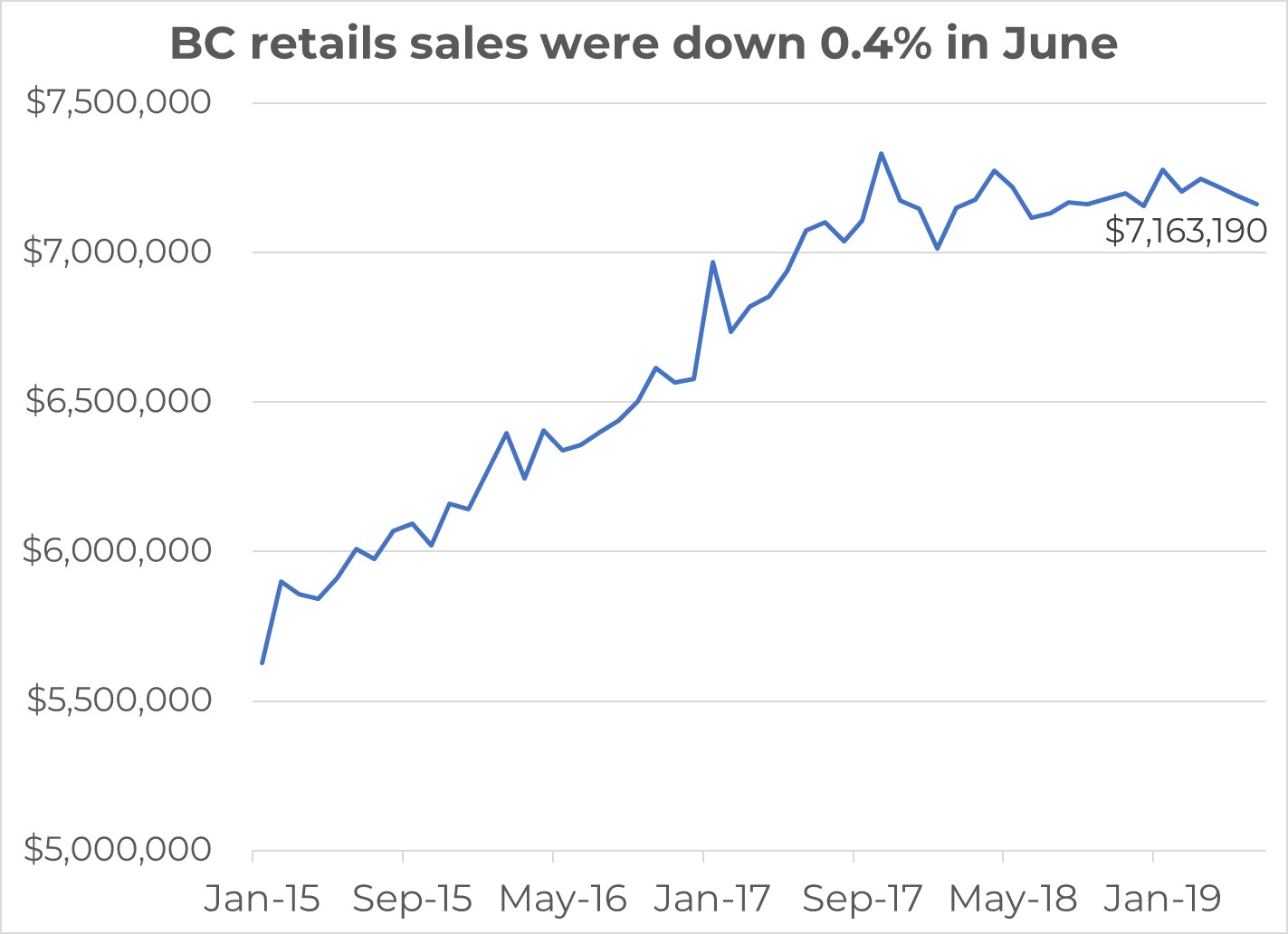 Excluding the volatile motor vehicle and parts dealers and gasoline sub-sectors, June national retail sales increased 1.7%. This is a positive hand-off to the third quarter. Keeping in mind that some of the gains were due to the Toronto Raptors games in the NBA finals (as reported by Statistics Canada), supporting increased sales at clothing and sporting stores.