Growth in the Canadian economy was flat in July, following fourth months of growth. The goods producing industries reported a decline (-0.7%), led by mining, quarrying, and oil and gas. This was exacerbated by a facility shutdown in Newfoundland and Labrador. In contrast, the service-producers reported a gain (0.3%), leading the way was wholesale trade, professional services and real estate.

We expect growth in the Canadian economy will moderate to between 1.5 and 2 per cent  in the second half of 2019 after posting strong second quarter growth and will post trend growth of about 1.8 per cent in 2020. Significant downside risks remain due to elevated trade tensions and their consequent impact on exports and business investment. 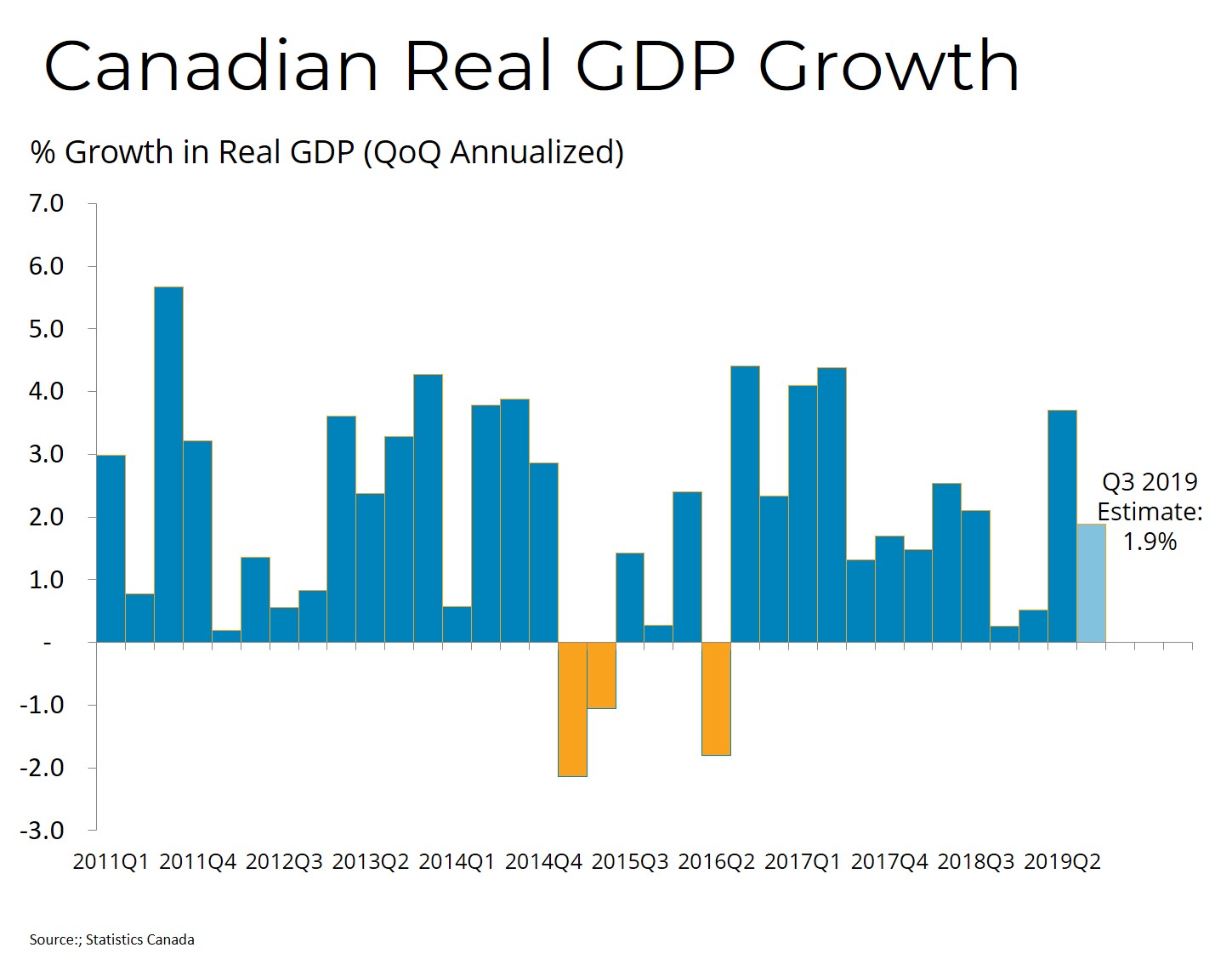