Posted on October 20, 2021 by Jeffrey Qian 錢 曄
Canadian prices, as measured by the Consumer Price Index (CPI), rose 4.4% on a year-over-year basis in September, rising at the fastest rate since 2003. On a month-over-month basis, the CPI was up 0.2% in September. The Bank of Canada's preferred measures of core inflation (which use techniques to strip out volatile elements) rose an average of 2.7% year-over-year in September. Major drivers of the year-over-year price increase included transportation prices (+9.1%), shelter (+4.8%) and food prices (+3.9%) partly on continuing supply-chain difficulties. The homeowner replacement cost index, which measures the cost of replacing home structures, rose 14.4% year-over-year in September, which was the fastest rate since the 1980s. In BC, consumer prices were up 0.15% month-over-month, and up 3.5% on a year-over-year basis.

Inflation continues to run ahead of the Bank of Canada's 2 per cent target. The driving force behind rising prices is still isolated to a few categories of spending. In particular, the rising price of gasoline and the run-up in Canadian home prices since last year. Those categories alone accounted for about half of the observed inflation in September. Home prices in Canada are beginning to flatten out, which should mean a fading impact on inflation over the next year. Likewise, the impact of gas prices should continue to decline as base-year effects have less influence. Other issues putting upward pressure on consumer prices are being driven by bottlenecks and supply shortages. Those shortages are unlikely to resolve quickly and so we anticipate that the current elevated rate of inflation will linger for some time to come. Inflation that is lingering above target for an extended period may put some pressure on the Bank of Canada, though we still expect the first rate increase to come toward the end of 2022. 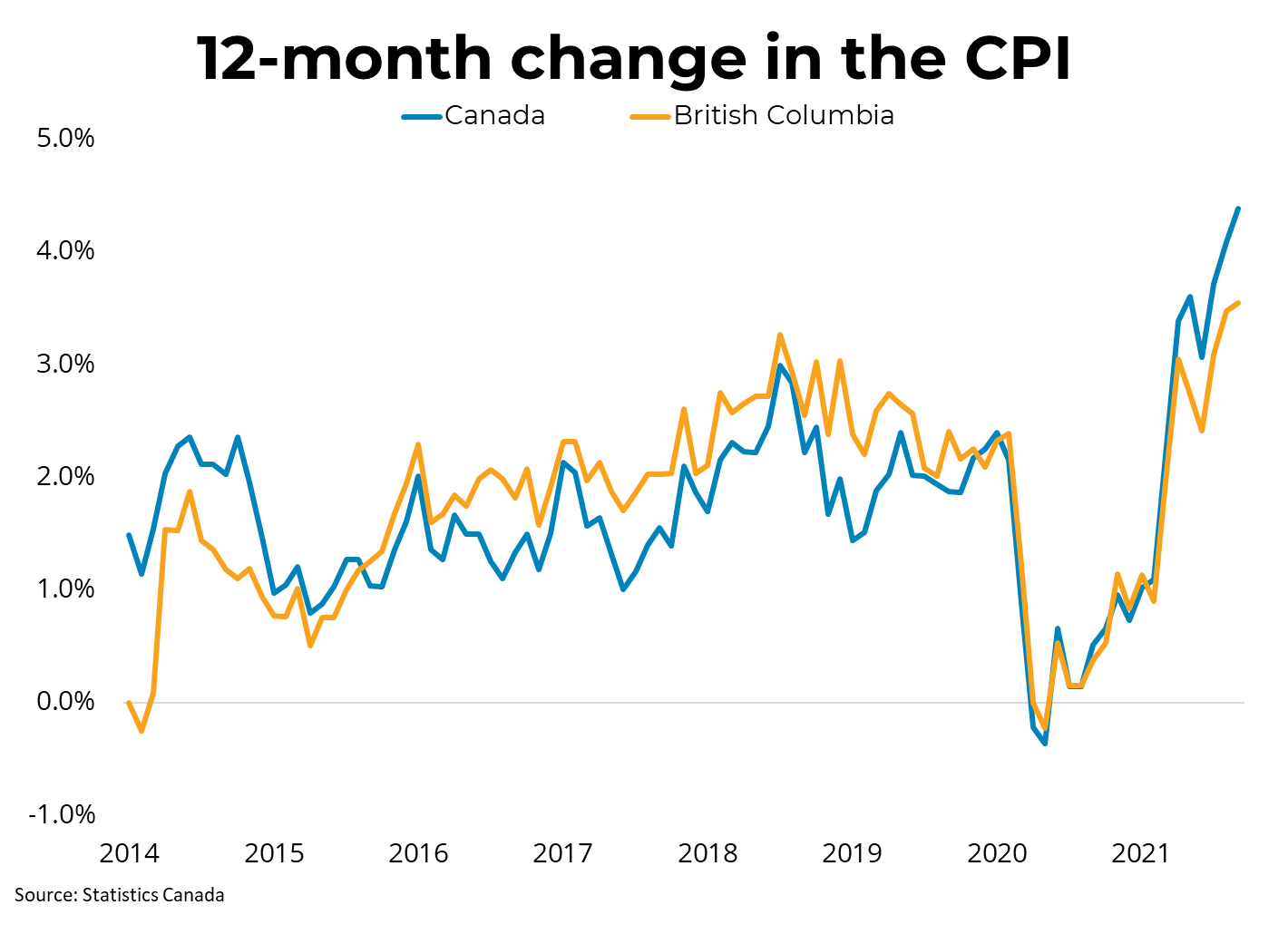 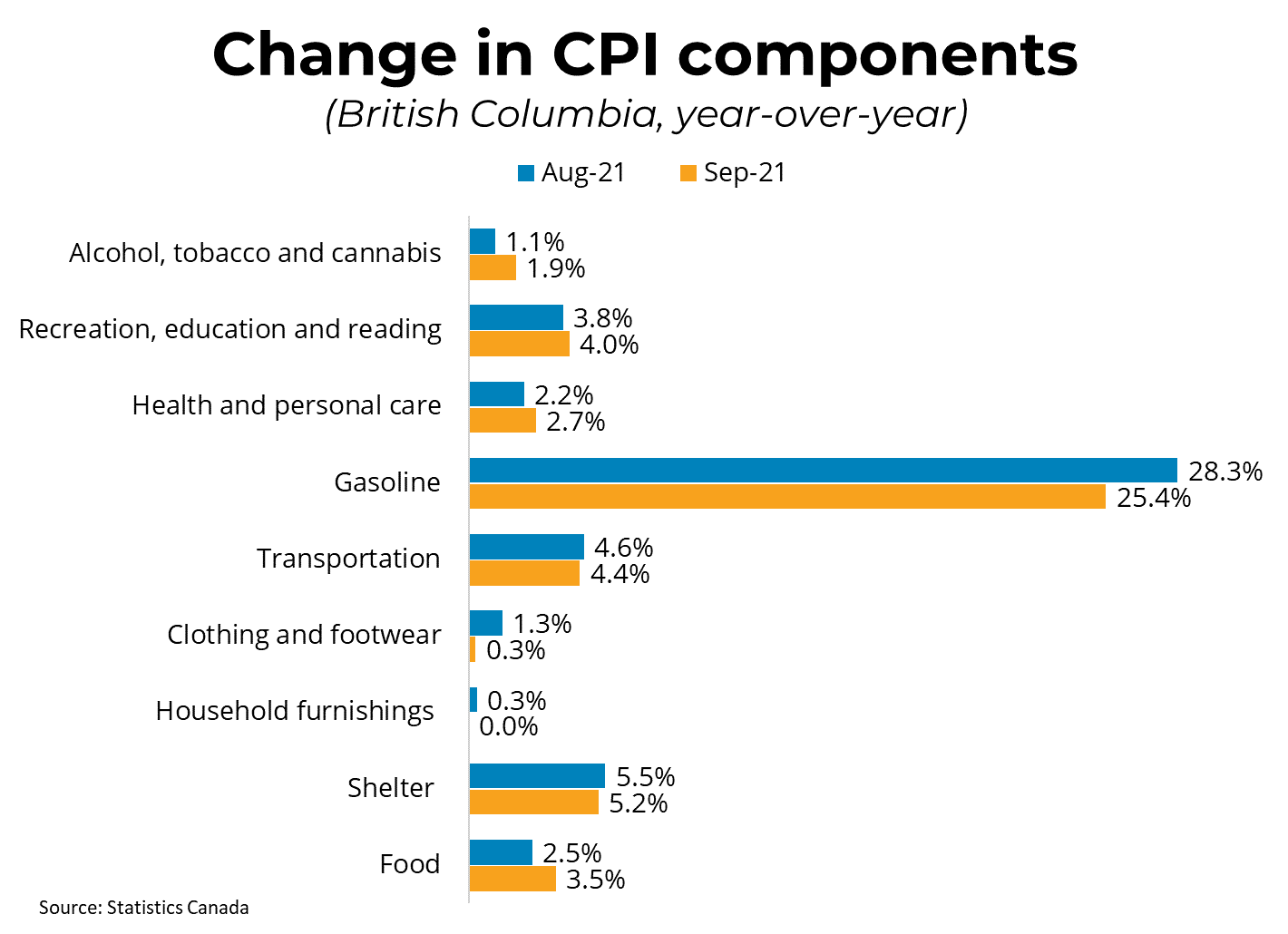