In B.C., CPI slowed to 2.2 per cent year-over-year, down from 2.4 per cent in September. The decline was largely driven by recreation, education and reading, while notable increases were reported in gasoline, transportation and clothing and footwear prices.

With Canadian inflation hovering at 2 per cent, the Bank of Canada will likely continue its dovish-to-neutral tone. The Bank will need to see a deterioration in the economic indicators before taking action. 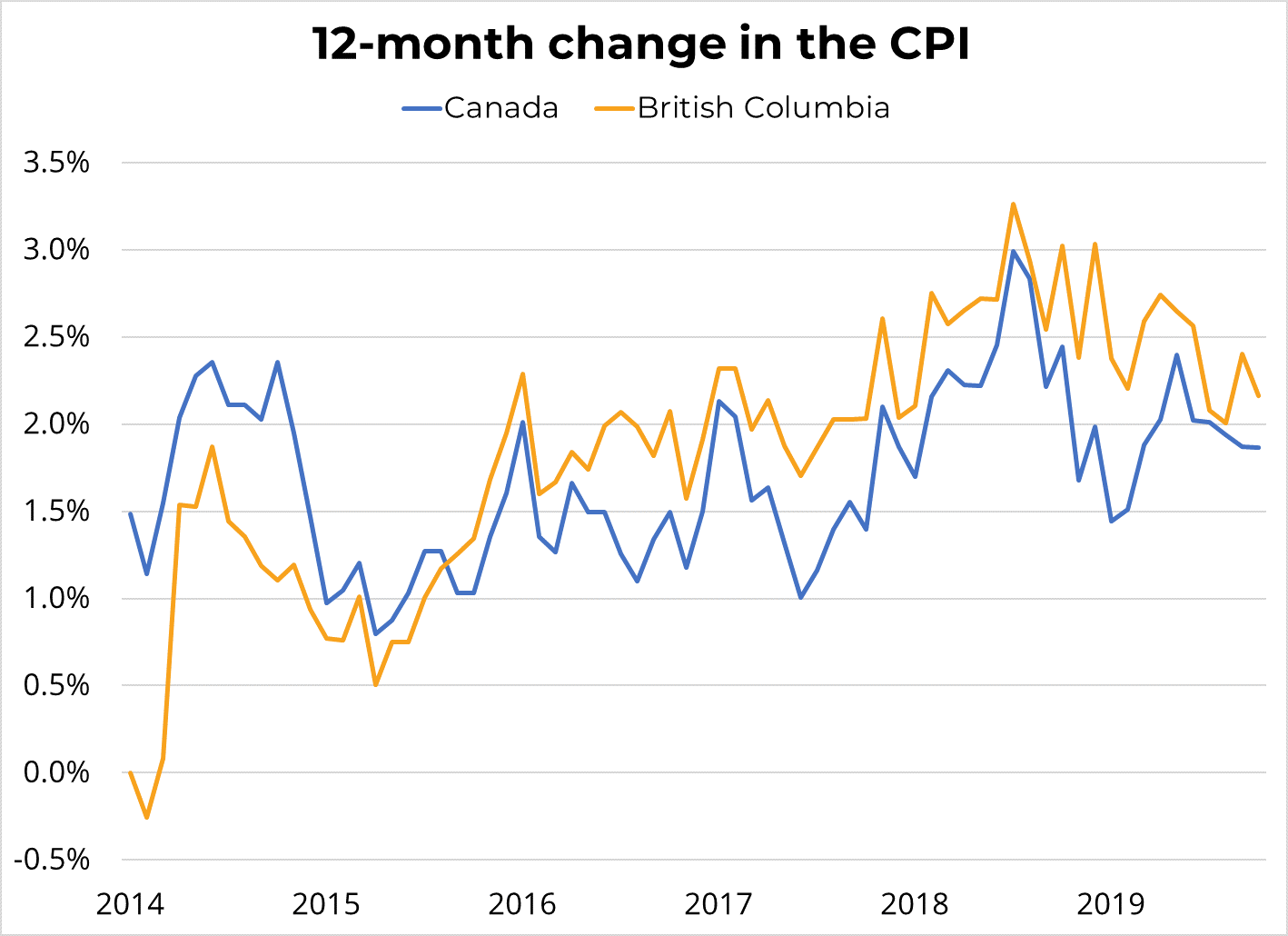 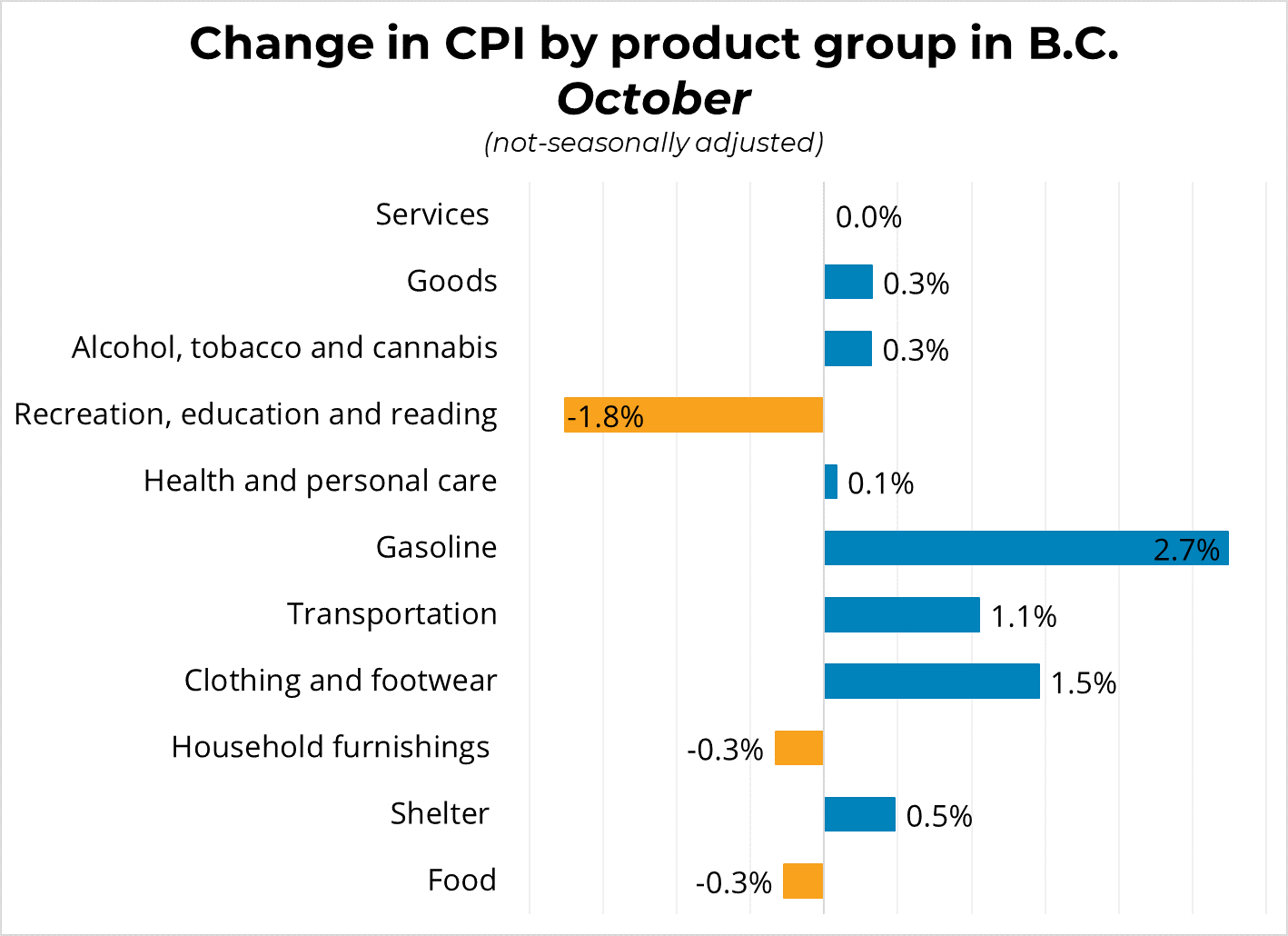