Canadian inflation, as measured by the Consumer Price Index (CPI) fell by 0.4 per cent in May year-over-year. This was the second consecutive month of decline in the CPI since the summer of 2009. Transportation prices were the main drag on inflation due to lower gas prices compared to the same time last year. Rents also declined for the second consecutive month, as physical distancing measures and high unemployment dampened demand, while the conversion of short-term rentals to long-term rentals increased supply. Mortgage interest costs also declined as banks lowered rates in tandem with falling bond yields and a lower Bank of Canada policy rate. In contrast, food prices continued to increase in May (3.1%) due to beef plant closures related to COVID-19 and higher import prices from a weaker Canadian dollar. Excluding gas prices, the CPI rose 0.7%, the smallest increase since January 2013. The Bank of Canada's three measures of trend inflation fell 0.1 percentage points, averaging 1.7 per cent in May.

Regionally, the CPI was negative in all provinces except for Alberta. In BC, CPI fell by 0.2 per cent in May year-over-year, following a flat showing in the previous month. Gas prices (-31%) were the main contributor to the year-over-year decline, while food prices (3.9%) saw the largest increase among the components.

The new Bank of Canada governor, Tiff Macklem, noted yesterday that the CPI uses a fixed-weight basket of goods, but spending patterns have drastically changed due to COVID-19. To adjust for this change, the Bank and Statistics Canada are developing a CPI measure that will better reflect present-day spending patterns, which will likely show stronger downward pressure on prices than what is currently being reported. 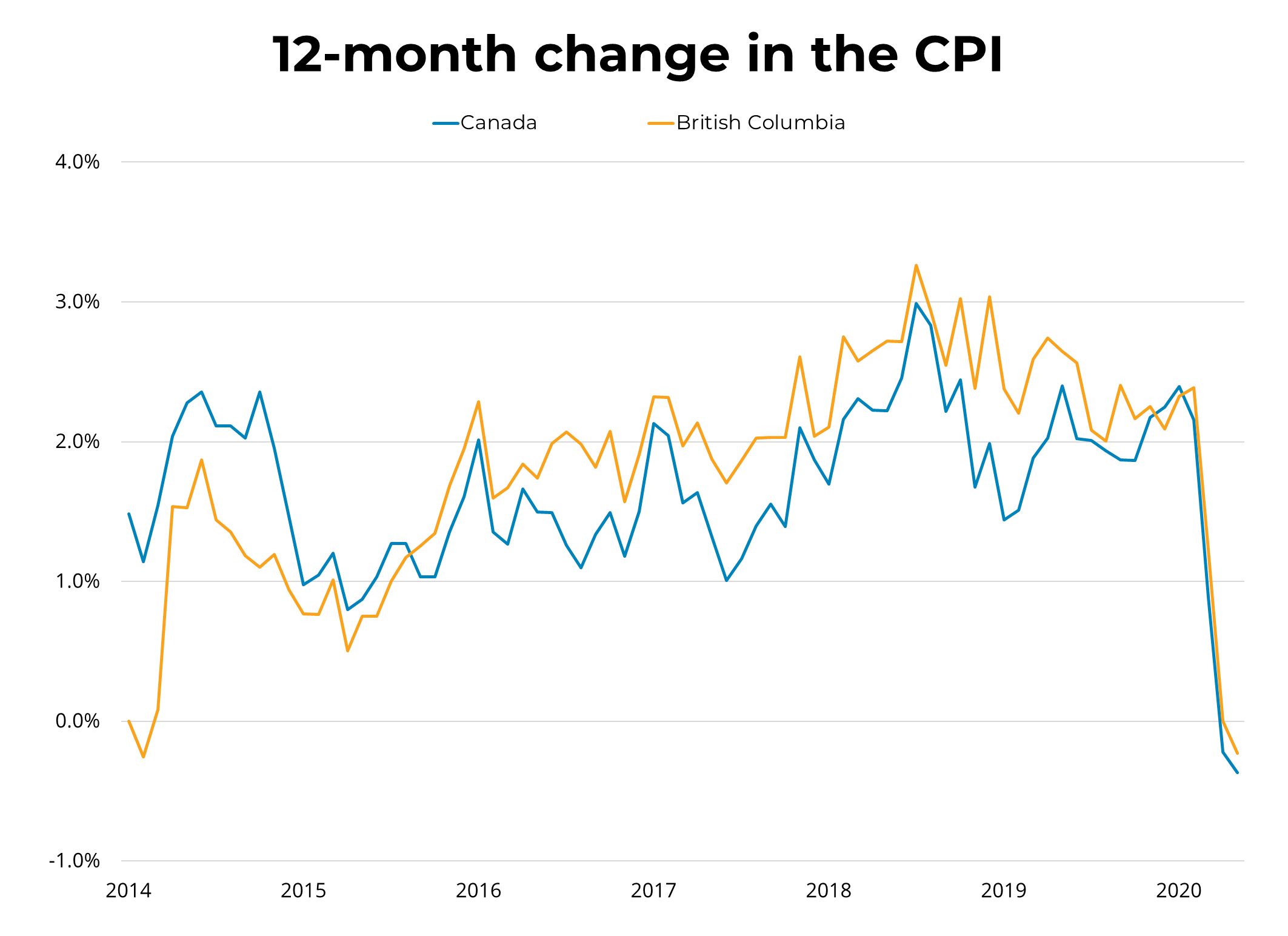 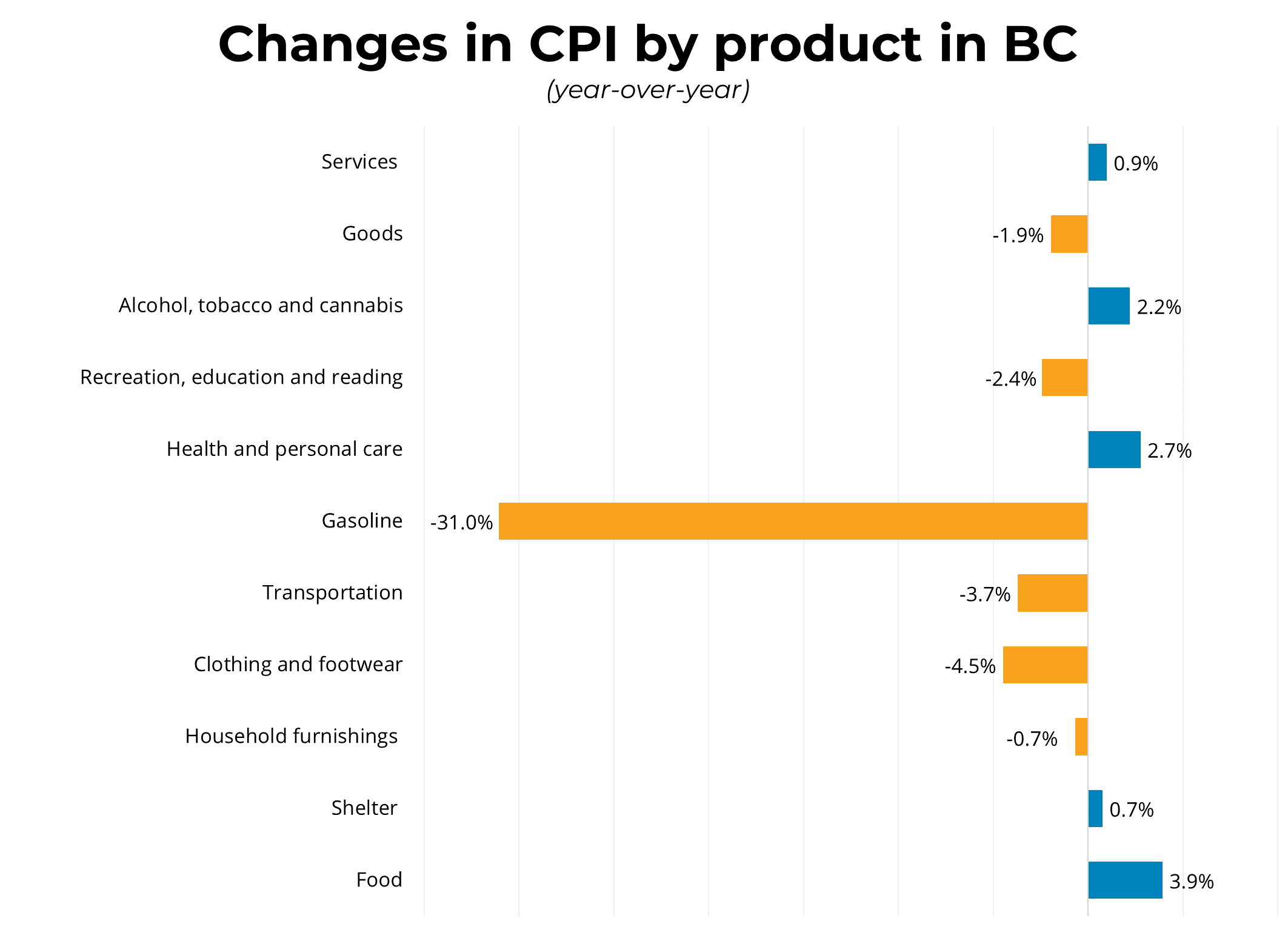