Posted on June 21, 2021 by Jeffrey Qian 錢 曄
Canadian inflation, as measured by the Consumer Price Index (CPI), rose to 3.6% year-over-year in May, up from 3.4% in April. This is the highest level since May of 2011. Much of the increase in inflation was the result of base-year effects, as prices remained depressed in May of last year due to pandemic-induced shutdowns. On a seasonally adjusted month-over-month basis, the CPI was up 0.5% in May. The Bank of Canada's preferred measures of core inflation (which strip out volatile elements) rose an average of 0.2% from April, to 2.3% year-over-year. In BC, consumer prices were unchanged month-over-month and down from 3% year-over-year in April to 2.7% year-over-year in May.

While inflation is currently running higher than the Bank of Canada's 2 per cent target, much of the increase looks to be temporary and is likely to fade as base-year effects become less significant in coming months. Base-year effects are now beginning to fall out of the inflation statistics, as April was the CPI's nadir last year. How inflation evolves over the next 3 to 6 months will be very important for the stance of monetary policy over the next year. If higher inflation is not just a temporary phenomenon but is being driven by an over-stimulated economy, than we could see the Bank of Canada act on interest rates prior to 2023. However, if the uptick in inflation starts to fade in coming months, we expect the Bank will stay its current course. 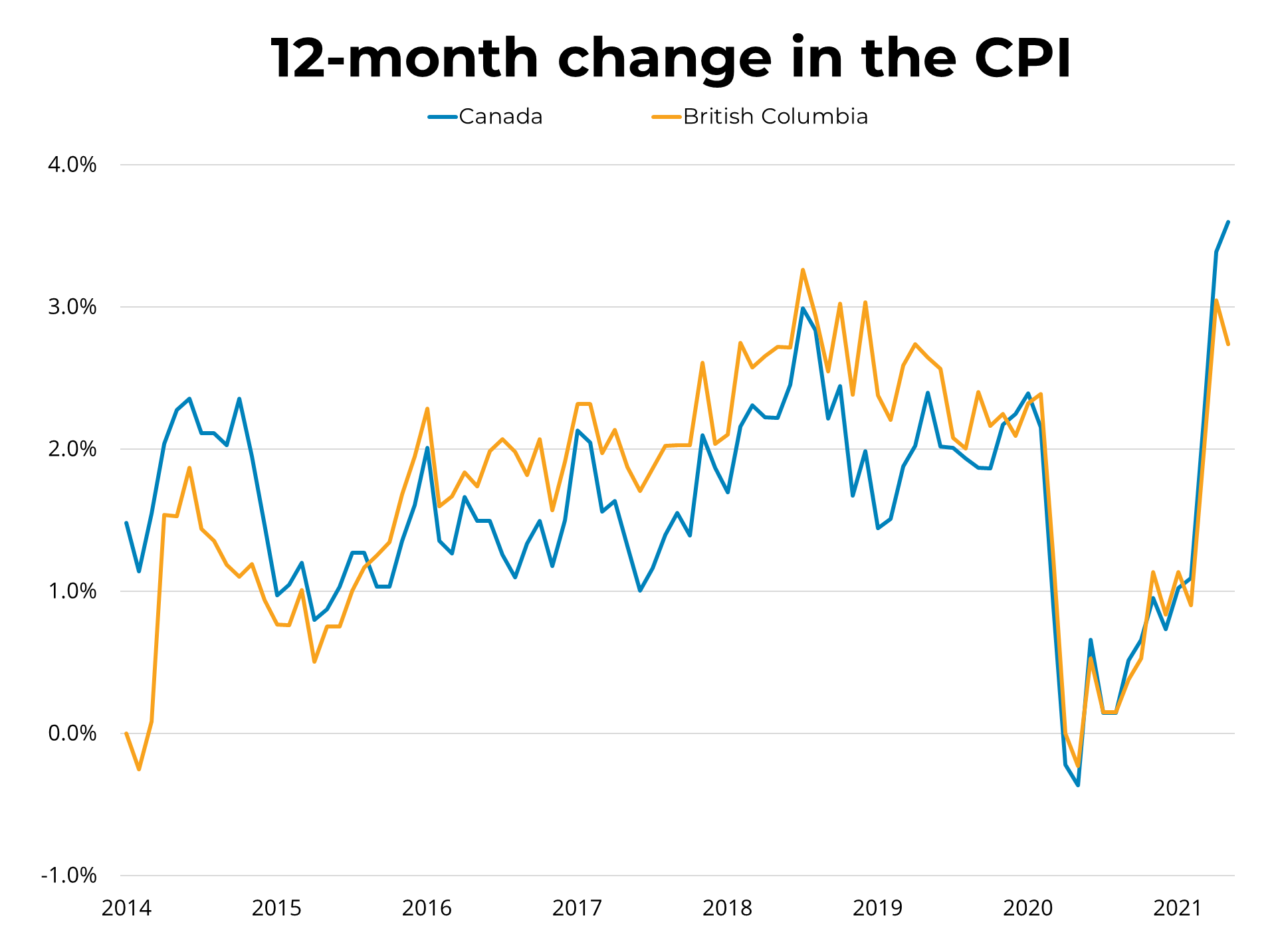 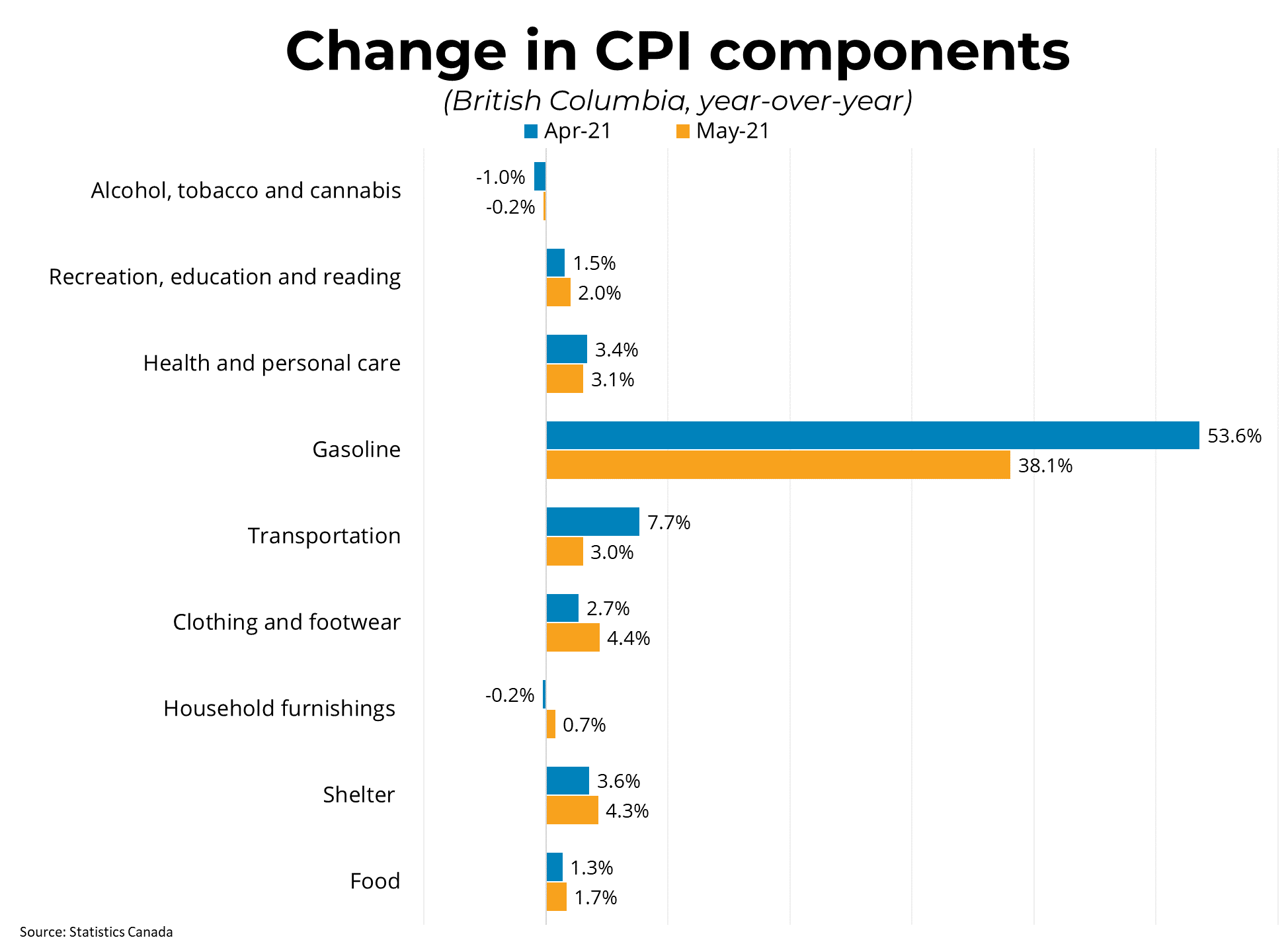