Canadian inflation, as measured by the Consumer Price Index (CPI) rose by 0.7% in June year-over-year, up from a 0.4% decline in May. June saw the fastest rise in the CPI since March 2011. Prices rose in five of eight components year-over-year, with food and shelter prices driving the increase. Rents rebounded in June, rising 0.6% from the previous month, coinciding with the easing of some pandemic related restrictions and the warmer summer months. Mortgage interest costs continued to fall in June due to declining bond yields and the Bank of Canada's low policy rate set in March. Meanwhile, the Bank of Canada's three measures of trend inflation rose by 0.1 percentage points, averaging 1.7% in June.

Regionally, the CPI was positive in all provinces except for Prince Edward Island. In BC, CPI rose by 0.5%, following a 0.2% decline in May year-over-year. Prices for food, alcohol/tobacco/cannabis, and health and personal care continued to rise in June, while downward pressure on gas prices eased up as reopening measures had people using their vehicles more.

Prices for the hardest hit components are beginning to recover, but the rising numbers in COVID-19 cases in Canada and in the US, and the high unemployment rate will likely keep price pressures stunted. This will also likely leave the Bank of Canada's policy rate low. 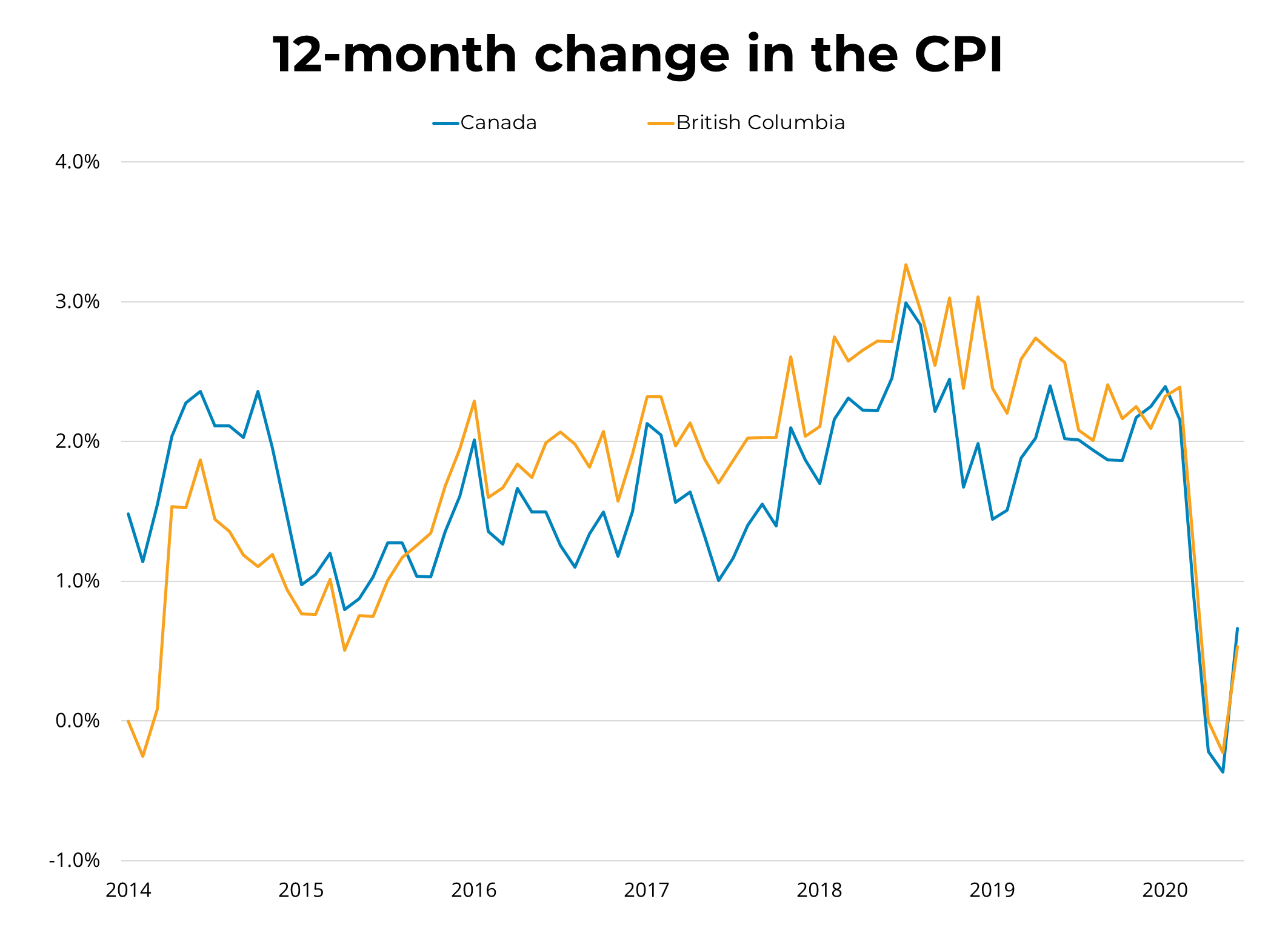 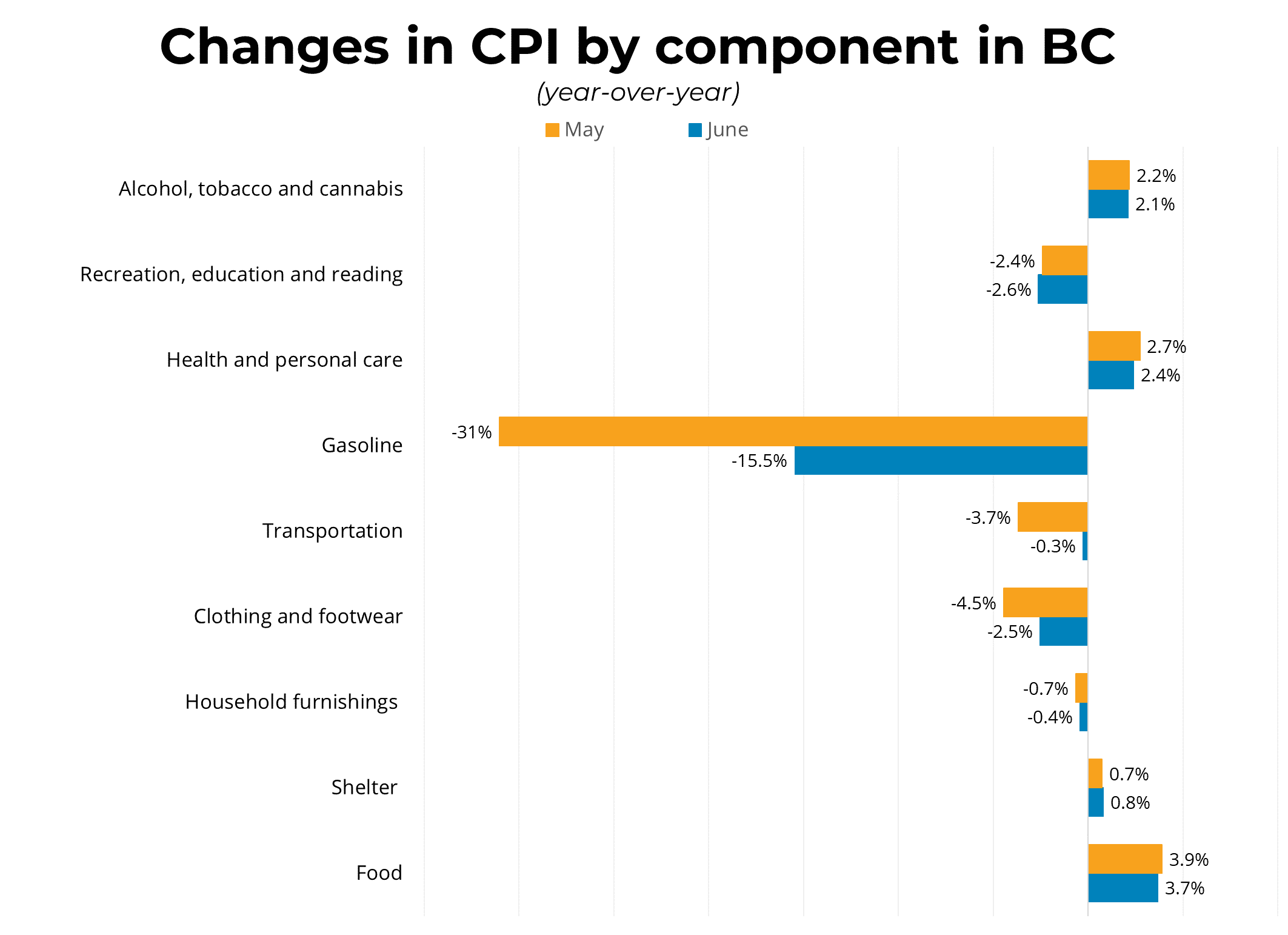