Posted on August 19, 2021 by Jeffrey Qian 錢 曄
Canadian prices, as measured by the Consumer Price Index (CPI), rose 3.7% on a year-over-year basis in July, hitting the highest rate since prior to the pandemic. Overall, the upward bias of "base-year effects" are no longer substantially influencing the year-over-year CPI changes, although they still have an effect on certain subcomponents such as gasoline. On a seasonally adjusted month-over-month basis, the CPI was up 0.5% in July. The Bank of Canada's preferred measures of core inflation (which use techniques to strip out volatile elements) rose an average of 2.5% year-over-year in July. In BC, consumer prices were up 0.7% month-over-month, and up 3.1% on a year-over-year basis in July. The homeowner replacement cost index, which measures the cost of replacing home structures, rose 13.8% year over year in July, which was the fastest rate since the 1980s. Related costs, such as commissions on the sale of real estate, also rose strongly in July. Prices of passenger vehicles rose 5.5% year-over-year in July due to the continuing challenges related to semiconductor chip supply chains.

While inflation is currently running higher than the Bank of Canada's 2 per cent target, many economists expect this elevated rate of price increases to be transitory as economies emerge from the pandemic and supply chains normalize. Base-year effects from falling prices during the early months of the pandemic had exaggerated year-over-year changes in CPI, but these effects have now largely ended. The rate of inflation as measured by CPI is very important for the Bank of Canada's monetary policy stance over the next year. If higher inflation is not transitory but instead the result of an over-stimulated economy, the central bank could act to raise interest rates sooner than expected. However, if the uptick in inflation fades in the coming months, we expect the Bank will stay its current course. 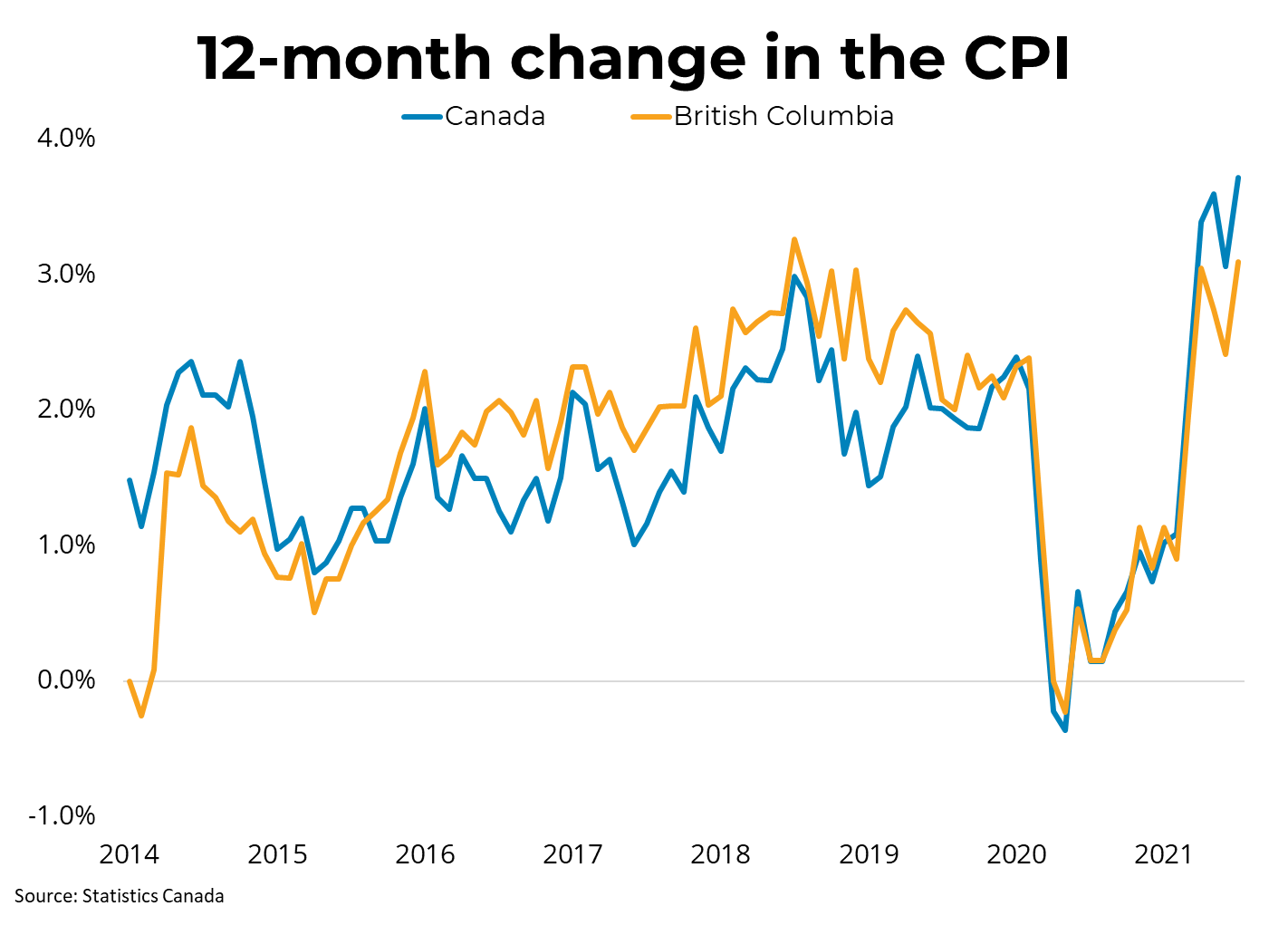 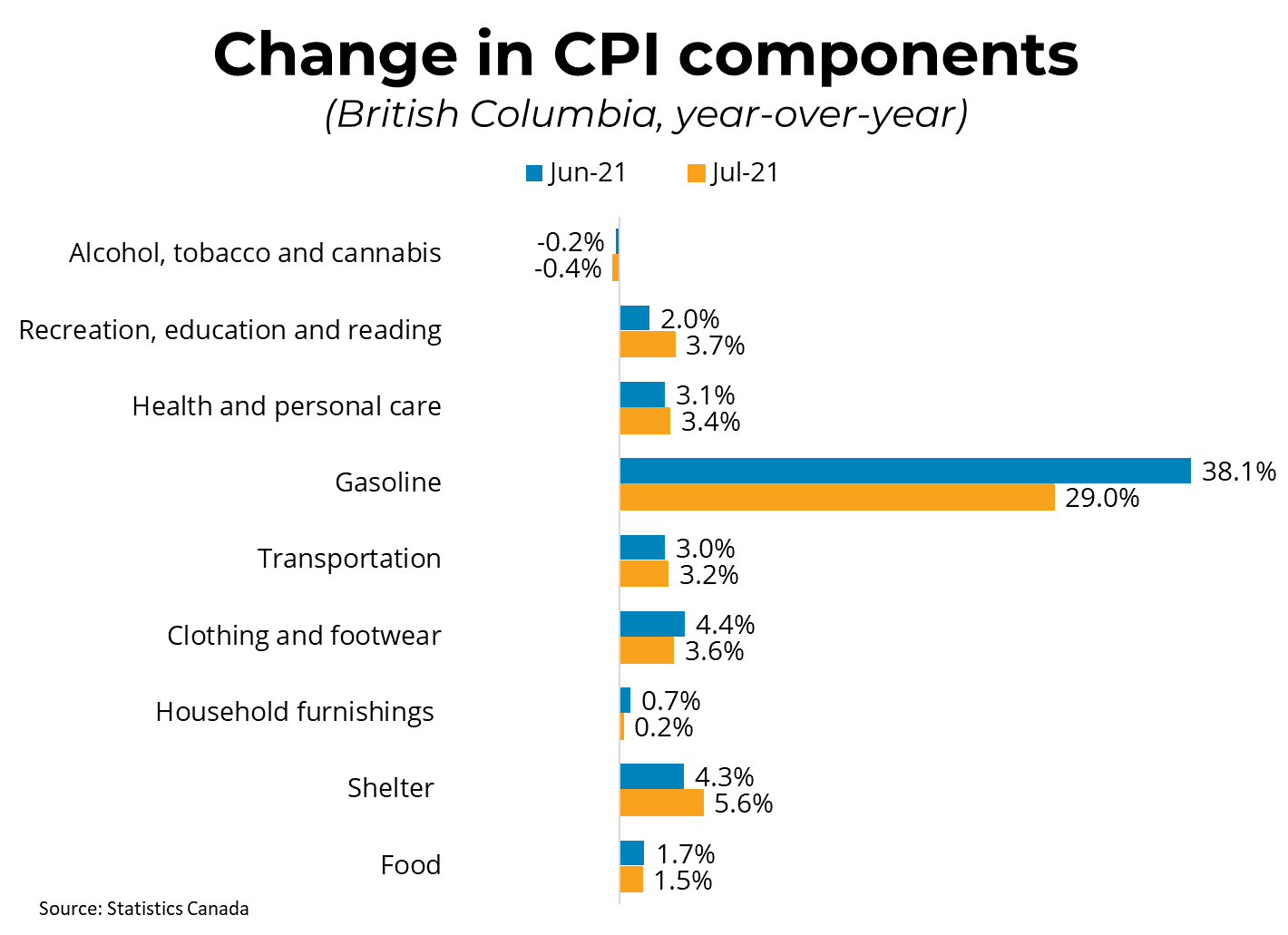