Canadian inflation, as measured by the Consumer Price Index (CPI) rose by 1.0% in January year-over-year. The increase was largely due to higher gasoline prices (6.1%). Excluding gasoline, the CPI rose by 1.3%, which is up from 1.0% in December. Prices rose in seven of eight components year-over-year in January. Growth in the Bank of Canada's three measures of trend inflation inched up slightly, averaging 1.5%.

Regionally, the CPI was positive in eight provinces, led by Newfoundland and Labrador (1.5%). In BC, CPI rose by 1.1% in January year-over-year, up from December's increase of 0.8%. Strong price growth continued for health and personal care and shelter. Home furnishings also pulled ahead in January on the heels of robust home sales. In contrast, gas prices continue to be a drag on BC's inflation.

Inflation is expected to remain weak until the vaccine rollout becomes more widespread and health regulations across the country are relaxed. In the current environment, the Bank of Canada will continue to keep interest rates low. 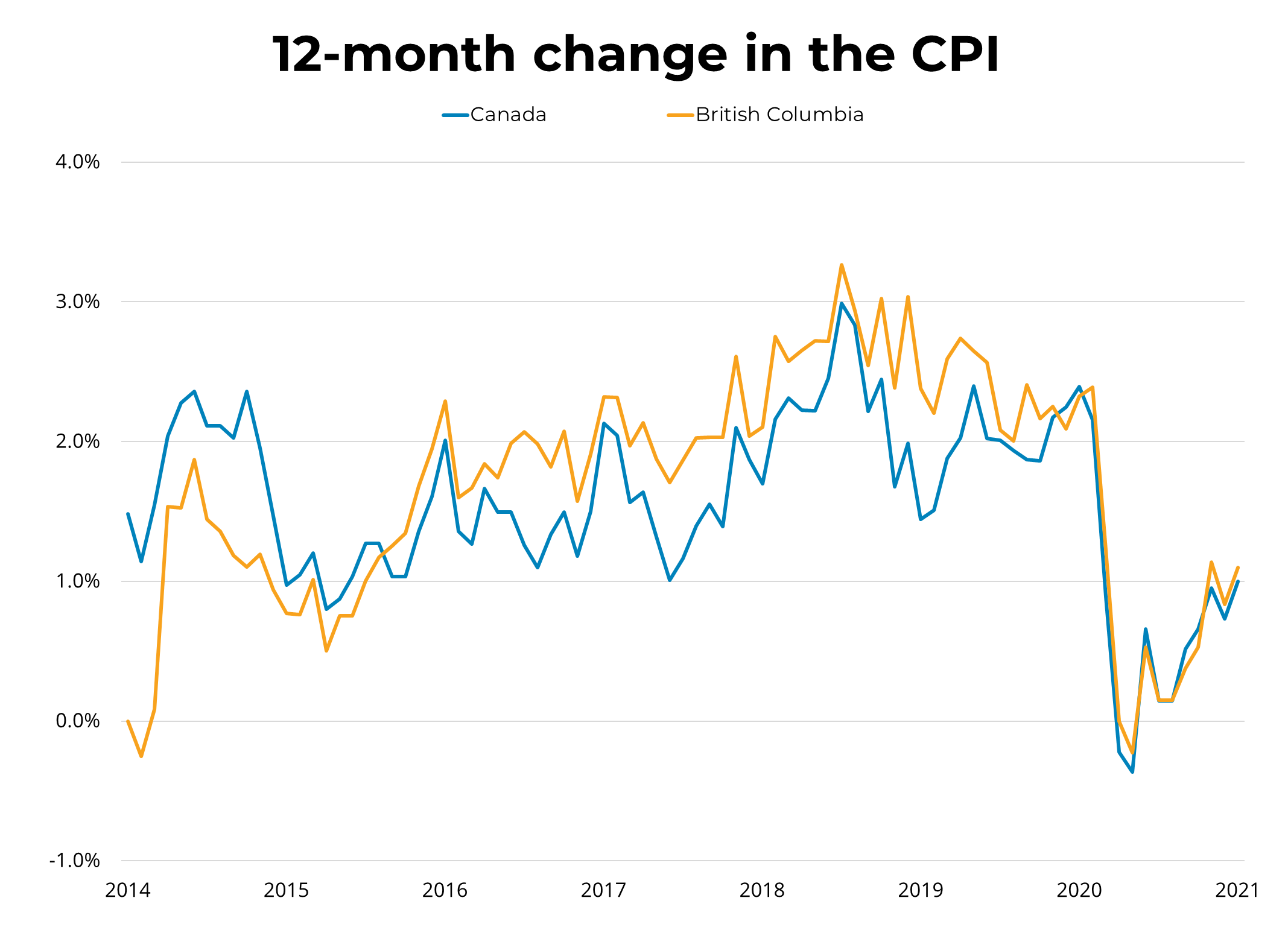 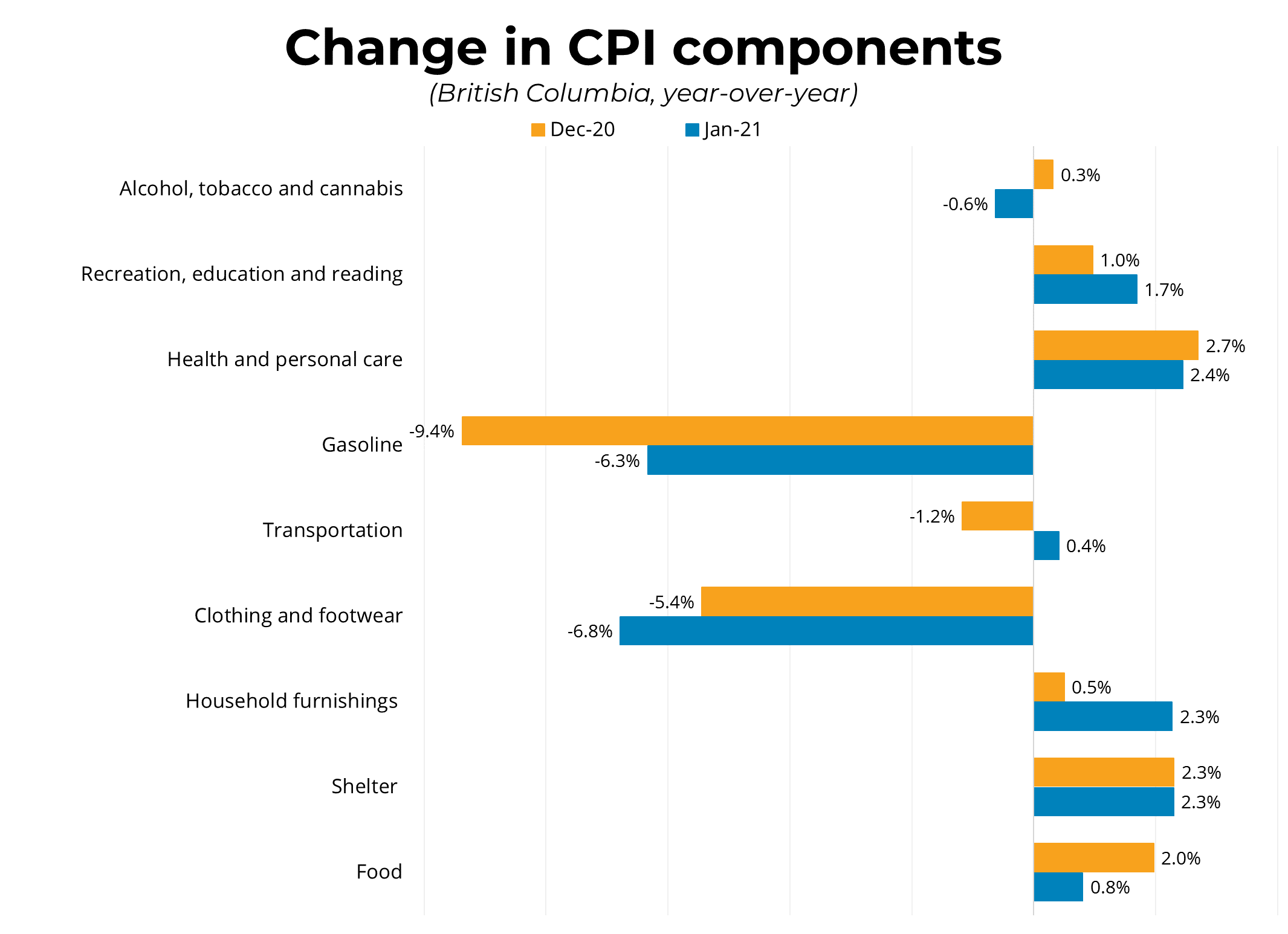