Posted on March 20, 2021 by Jeffrey Qian 錢 曄
Canadian inflation, as measured by the Consumer Price Index (CPI) rose by 1.1% in February year-over-year. The increase was again due to higher gasoline prices (5%). Excluding the volatile gasoline component, the CPI rose by 1%, which is down from 1.3% in January. Prices rose in all components of the CPI except for clothing and footwear. Growth in the Bank of Canada's three measures of trend inflation remained unchanged, averaging 1.7%.

Regionally, the CPI was positive in all provinces, led by Quebec (1.6%). In BC, CPI rose by 0.9% in February year-over-year, down from January's 1.1%. Strong price growth continued for health and personal care, shelter, and food. Transportation costs reported the first notable increase since the pandemic started.

Gas prices were again the driving force behind inflation growth in February. It will continue to do so for the foreseeable future, as oil producers tighten supply. Despite this, the Bank of Canada has indicated that it will not raise rates until the economy is back at full employment and inflation is sustained at its 2% target rate. 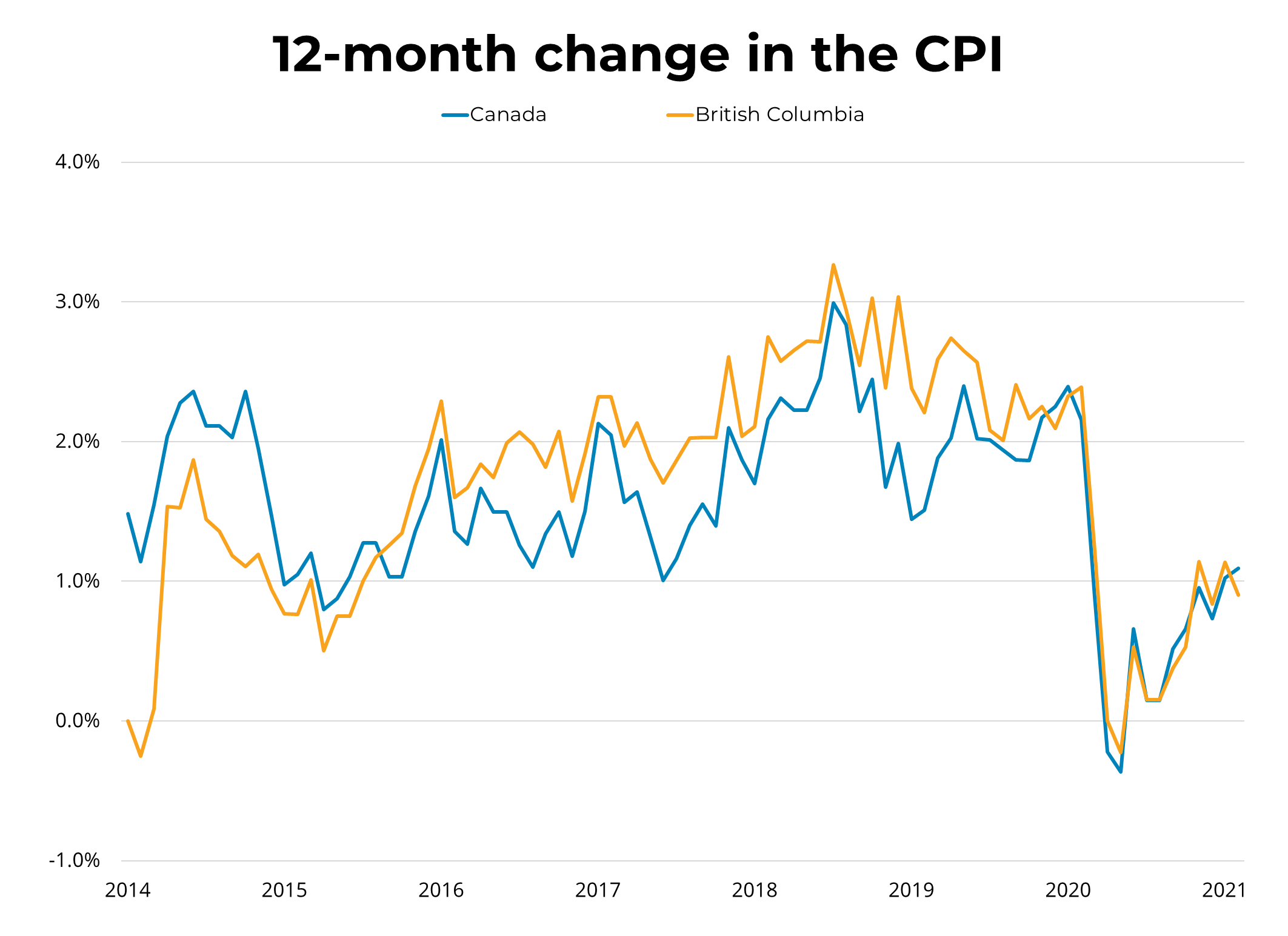 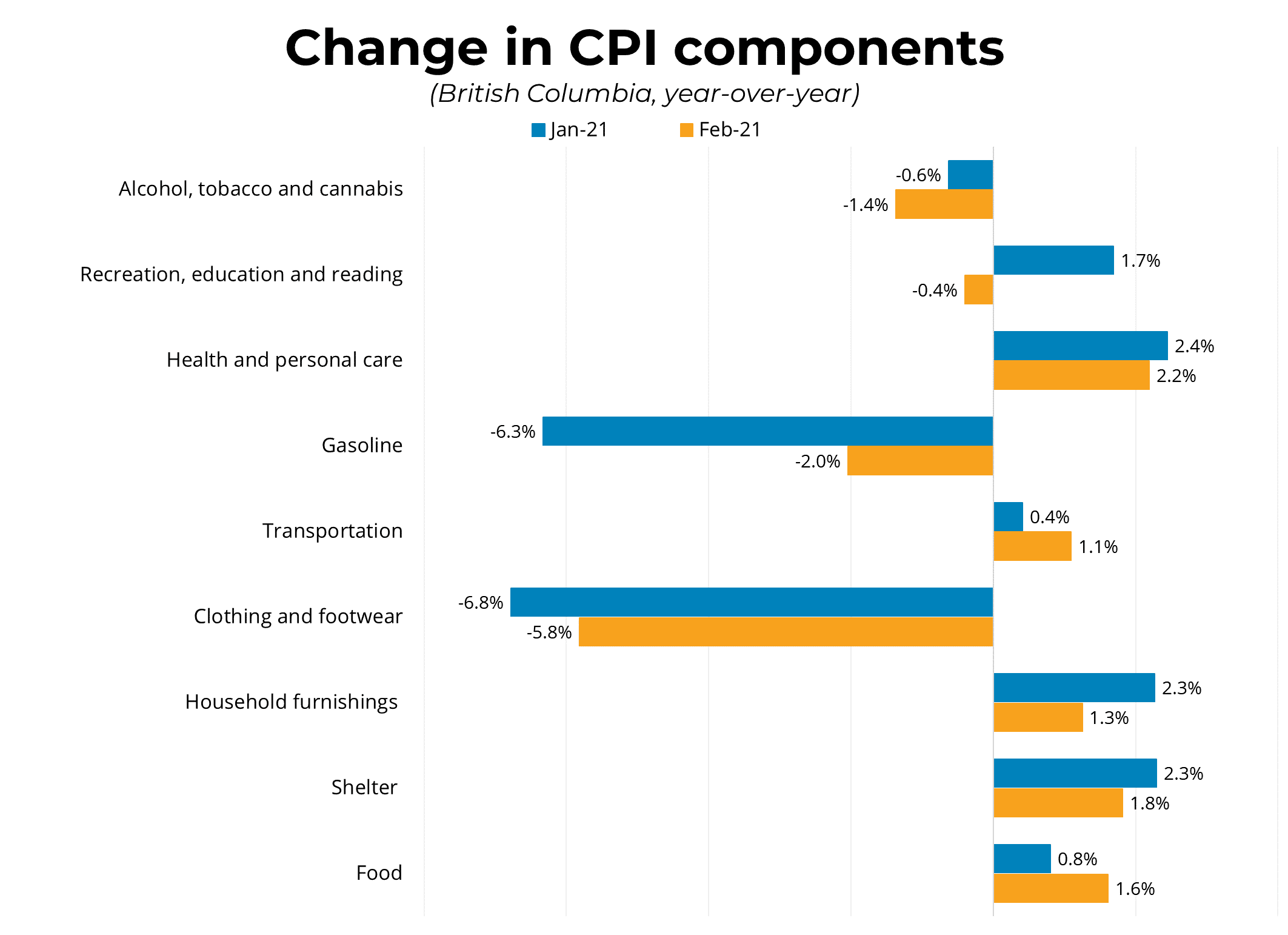