In B.C., CPI slowed to 2 per cent year-over-year, down from 2.1 per cent in July. The decline was largely driven by gasoline prices, as global oil prices declined slightly in August due to higher production and soft international demand.

With Canadian inflation just under 2 per cent, the Bank of Canada will have to turn to other economic indicators at their next meeting on October 28. The Bank will have to consider how to balance a stable domestic economy with continued global uncertainty. 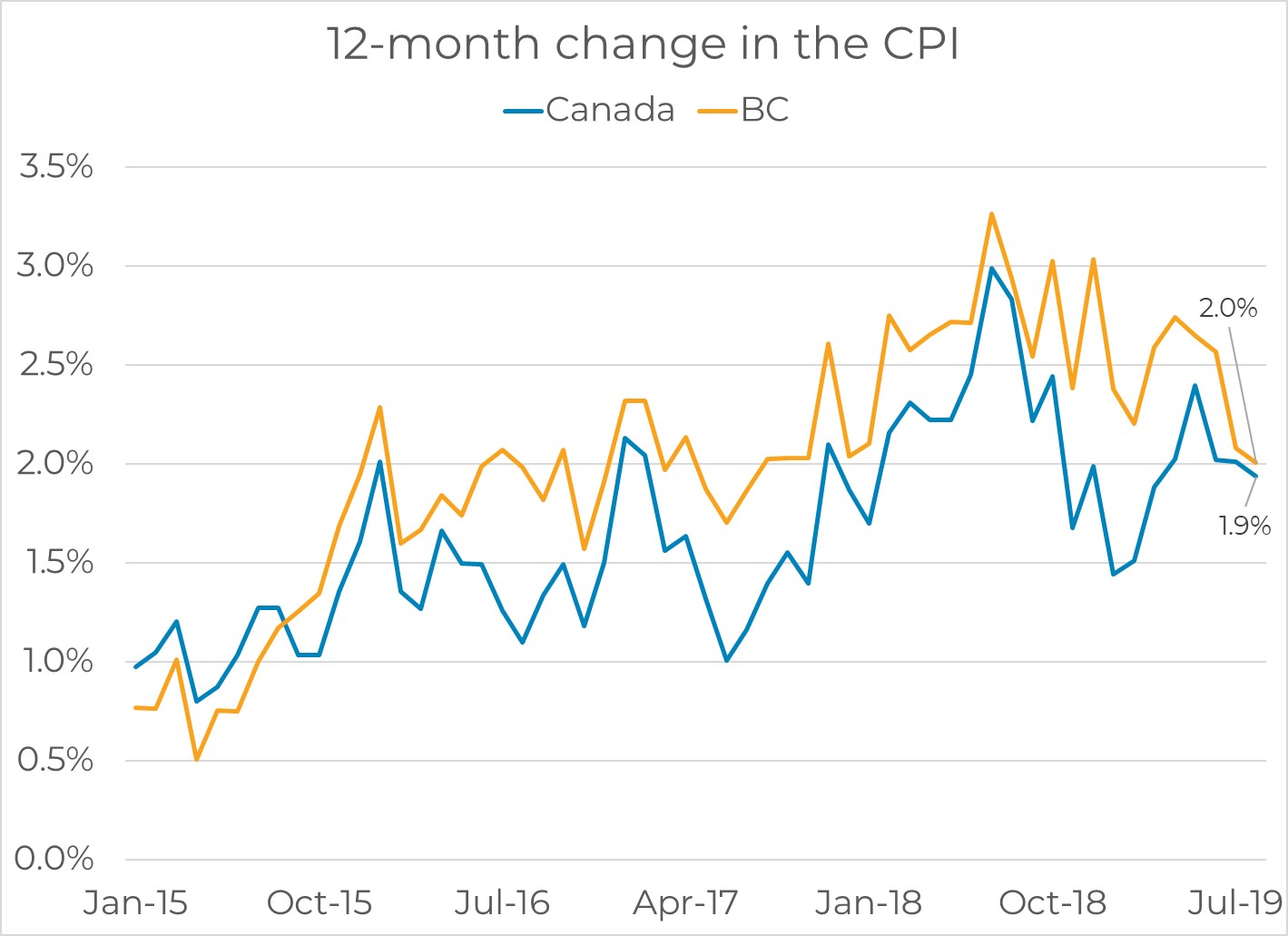 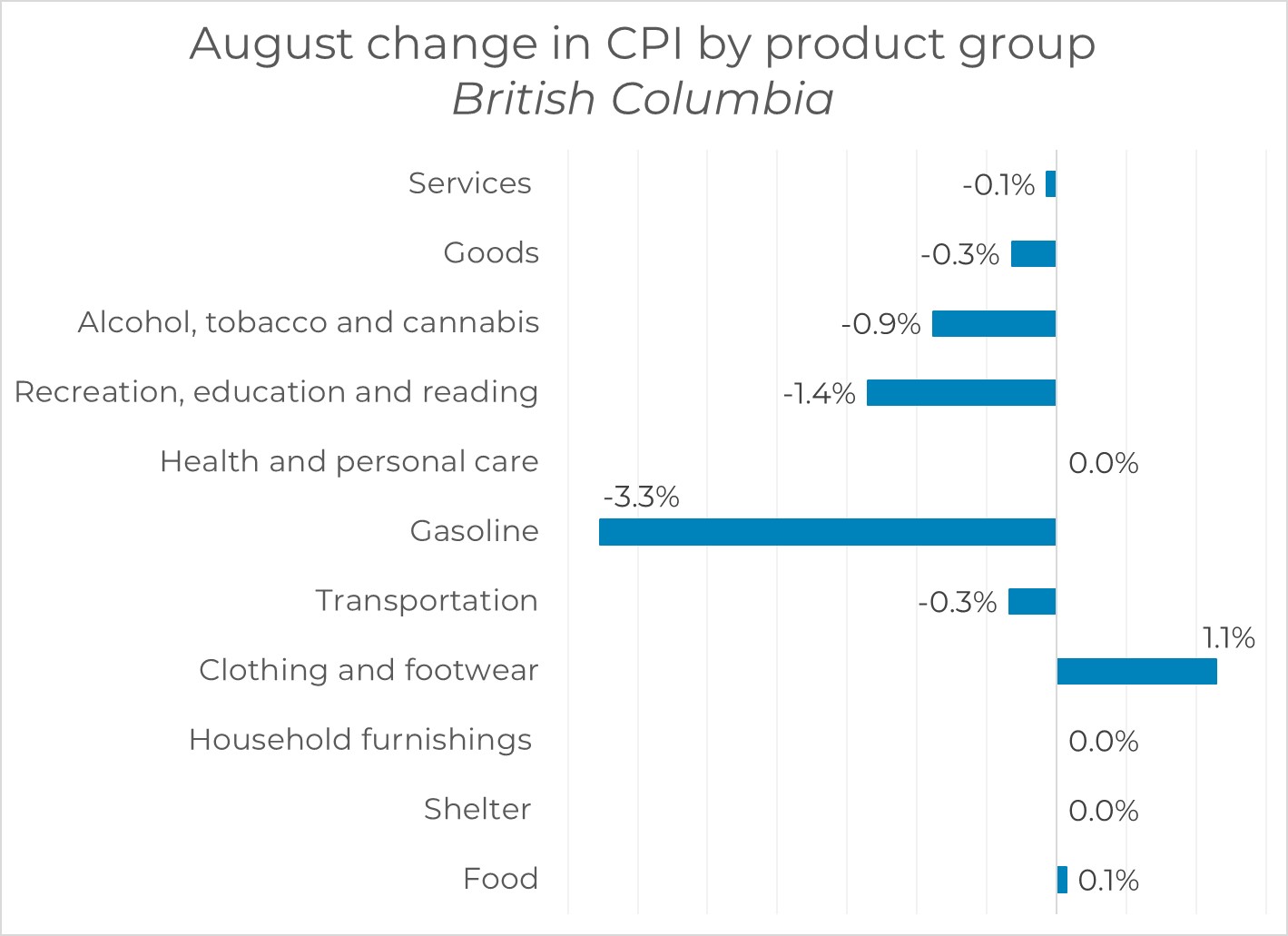