Canadian housing starts decreased by 8.7% in October to 201,973 units at a seasonally adjusted annual rate (SAAR). The decline was due to a pullback in the multi-unit segment. The trend in national housing starts continues to be healthy, averaging 218,598 units SAAR over the past six months.

In BC, housing starts declined by 16% on a monthly basis to 33,174 units SAAR, largely due to falling construction in the multi-unit segment. The decline is an unwinding of developers pushing forward activity in the previous months to get ahead of a new development charge in Vancouver. Compared to the same time last year, provincial starts were up by 9%. On a monthly basis, multi-unit starts were down by 22%, while singles were up by 10%.

Monthly housing starts in Abbotsford-Mission were up by 13% at 2,335 units SAAR. Compared to this time last year, new home construction was up by 34%. 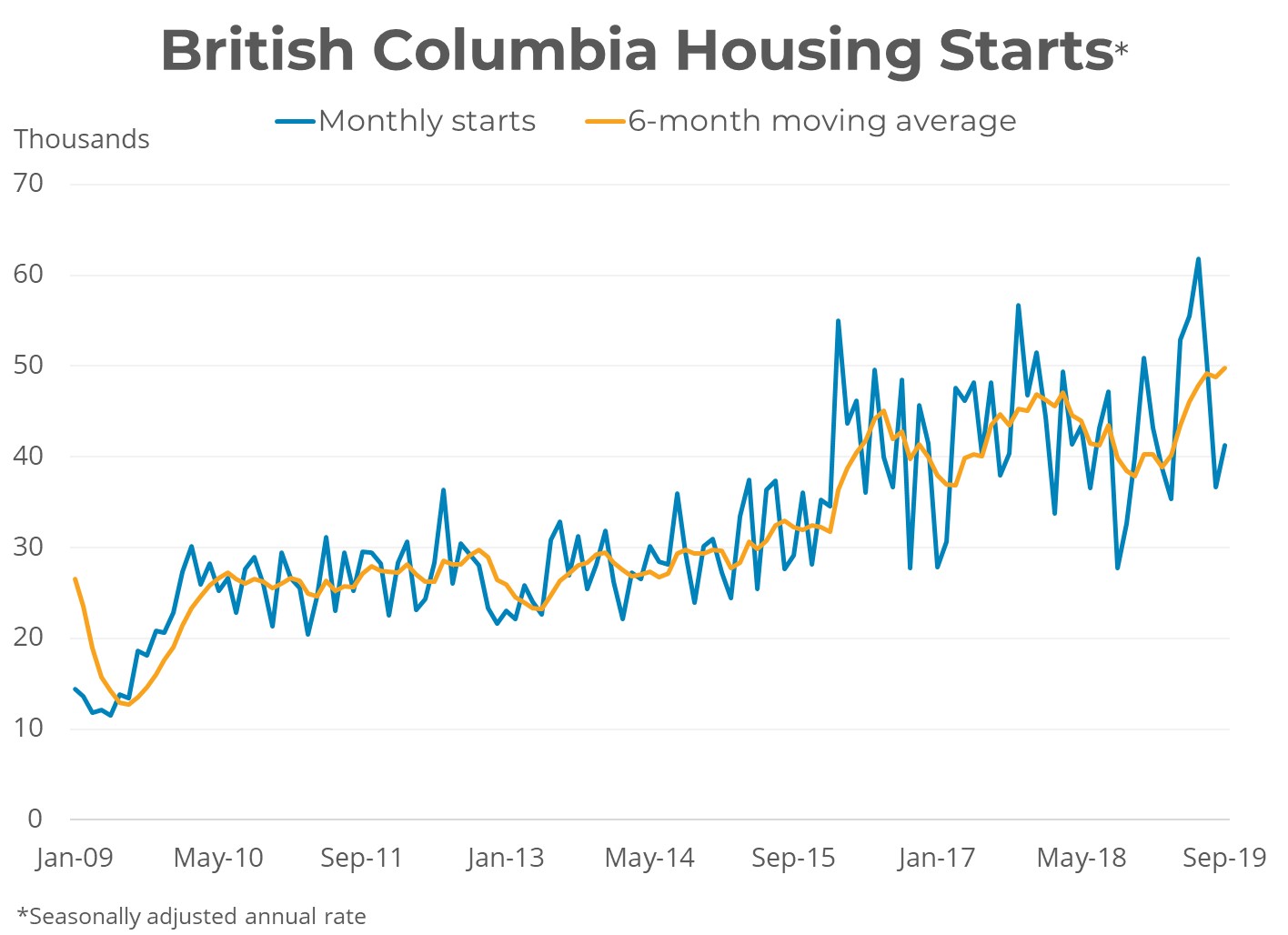