Canadian housing starts decreased by 0.3% in November to 201,318 units at a seasonally adjusted annual rate (SAAR). The trend in national housing starts continues to be healthy, averaging about 219,000 units SAAR over the past six months.

In BC, housing starts rose by 41% on a monthly basis to 48,840 units SAAR, largely due to a 59% increase in construction in the multi-unit segment in Vancouver, while single detached home construction was down by 13%. Compared to the same time last year, provincial starts were up by 22%.

In Kelowna, housing starts decreased by 9% in November to 3,504 units SAAR. Year-over-year starts were down by 18% in the region.

Monthly housing starts in Abbotsford-Mission were down by 30% at 1,636 units SAAR. Compared to this time last year, new home construction was up by 154%. 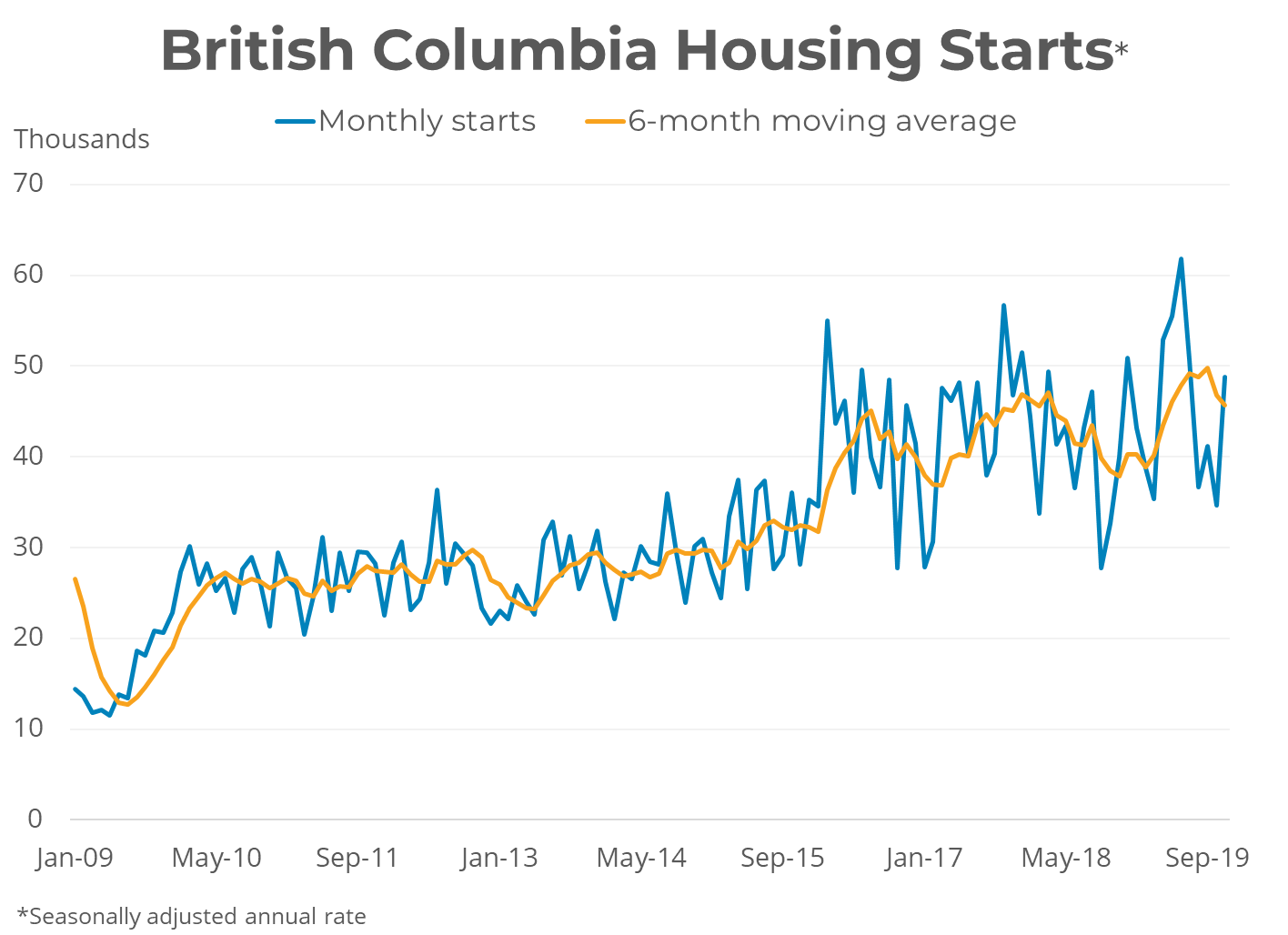