Canadian housing starts decreased by 7.3% m/m in March to 195,174 units at a seasonally adjusted annual rate (SAAR). The decrease was broad-based with starts down in 7 of 10 provinces, signalling early signs of the impact of COVID-19 on construction activity. The trend in national housing starts fell to a still healthy average of 205,000 units SAAR over the past six months.

In BC, housing starts fell by 20% m/m to 34,014 units SAAR, following a 44% rise in the previous month. The decrease was entirely driven by multi-units (-25%), while singles increased (1%). Given the rapidly evolving circumstances brought on by COVID-19, Statistics Canada released early estimates of March building permits for select regions (covering 29% of total building permit values). Early estimates show permits falling by 23% in Canadian cities compared to the same time last year. The strongest declines were in Ontario (-51%), BC (-27%) and Quebec (-38%), likely due to recent announcements in Ontario and Quebec to halt many construction projects. Meanwhile in BC, earlier reported cases of COVID-19 compared to other regions likely started to slow construction intentions. In the near term, new construction activity will continue to slow across the country as physical distancing measures persist.

Monthly housing starts in Abbotsford-Mission were down by 79% at 669 units SAAR, following last month's 2,738 units. Compared to the same time last year, new home construction was down by 64%. 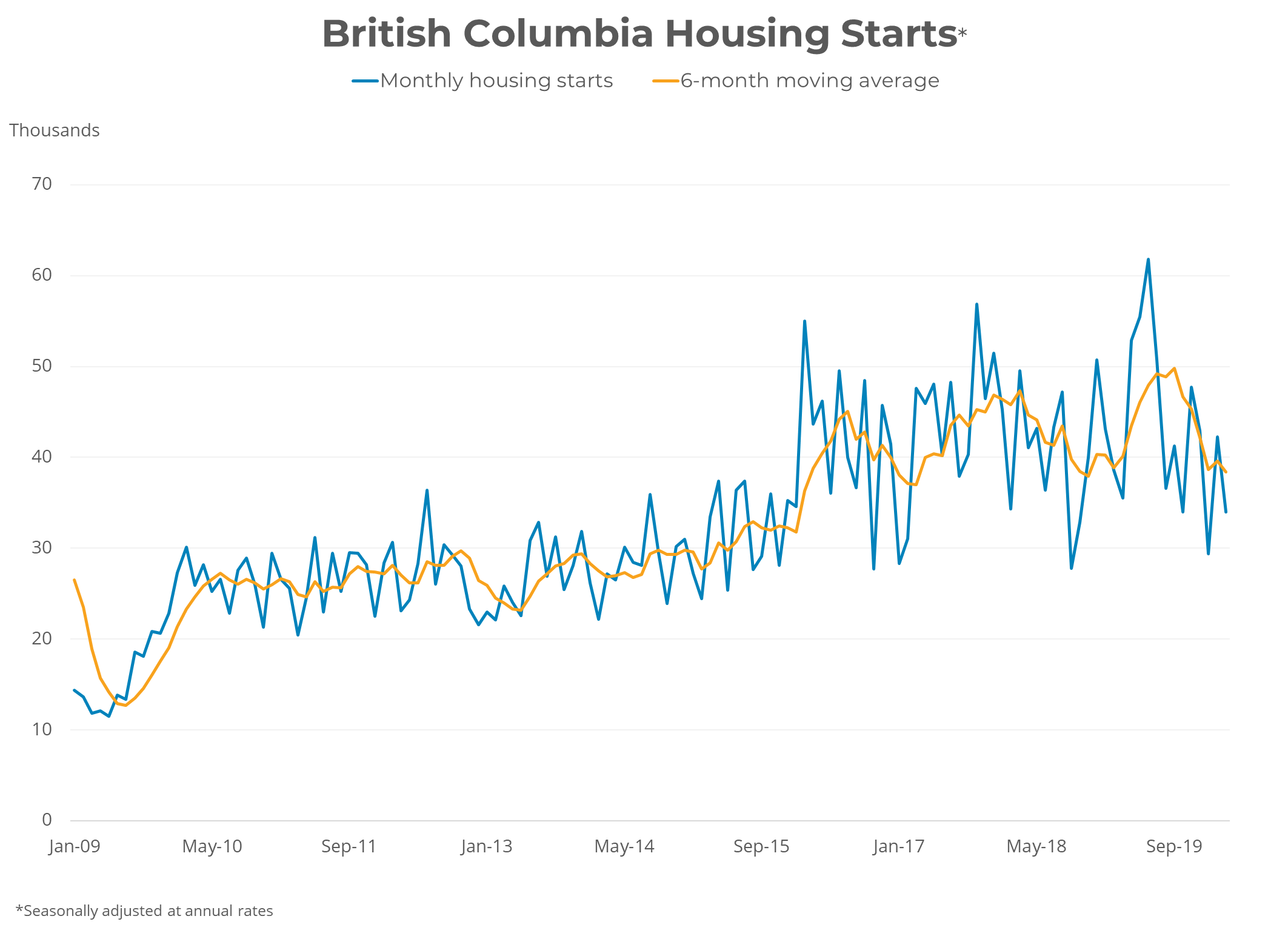