Canadian housing starts increased by 8.8% m/m in January to 213,224 units at a seasonally adjusted annual rate (SAAR). The increase was led by Ontario and Quebec. The trend in national housing starts fell, averaging about 211,000 units SAAR over the past six months.

In BC, housing starts fell by 39% m/m to 26,237 units SAAR, which follows last month's strong reporting of 42,864 units. The last time provincial sales were this low was May 2015. The inclement weather in the province likely delayed starts for many projects so we could expect a pick-up in the following months. Compared to the same time last year, provincial starts were down by 39%.

Housing starts in Vancouver were down by 53% in January to 12,927 units SAAR. Compared to last year in January, housing starts were down by 49%. The decline was largely due to a contraction in the volatile multi-unit segment (-54%), though singles were also down (-21%).

In Kelowna, housing starts increased by 77% m/m to 1,610 units SAAR, following low levels reported in the previous month. The increase was due to the multi-unit segment. Year-over-year starts were down by 62% in the region.

Monthly housing starts in Abbotsford-Mission were up by 20% at 3,000 units SAAR. Multi-unit starts were up 29%, while singles were down by 37% in the region. Compared to the same time last year, new home construction was up by 270%. 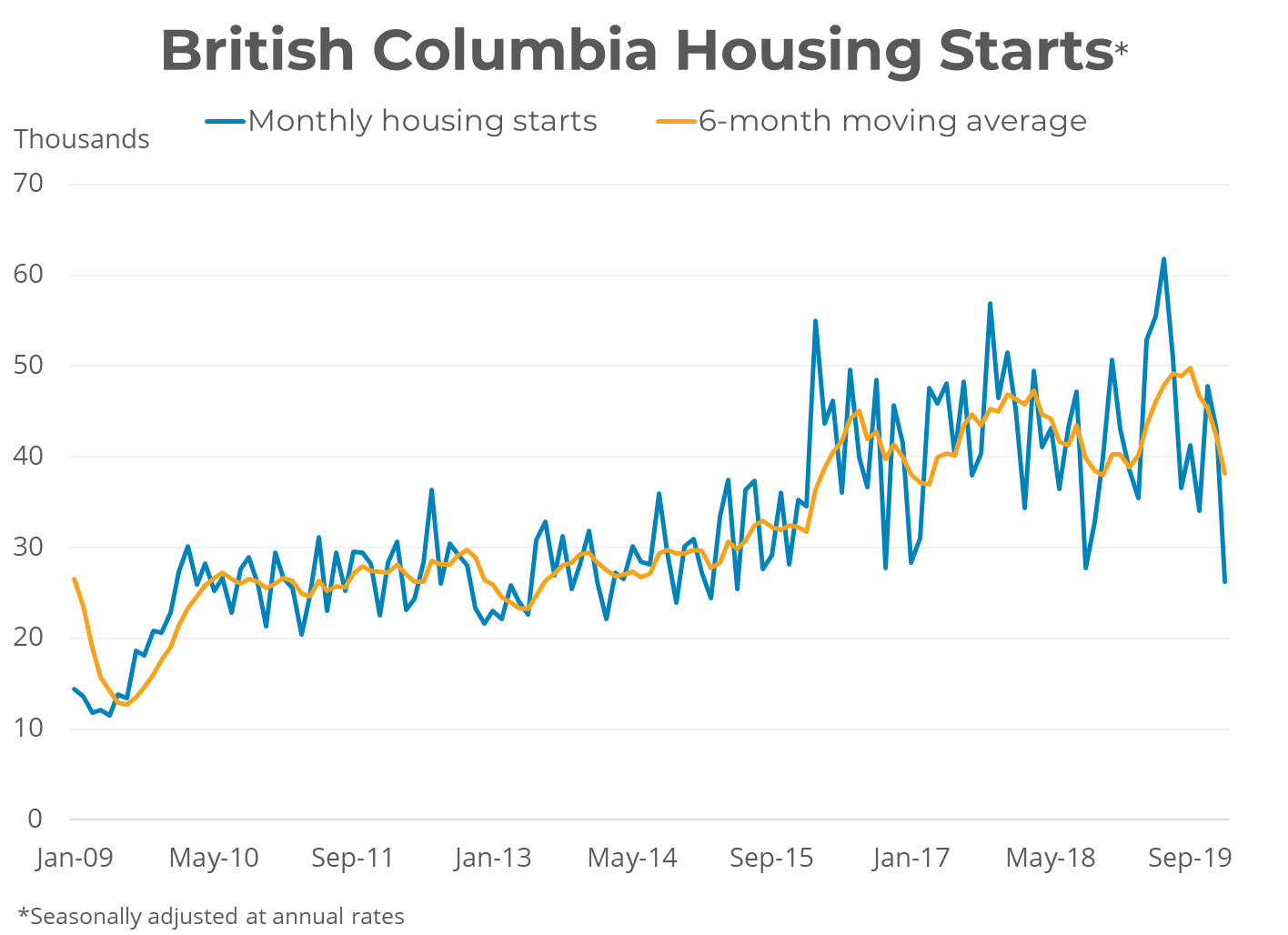