Canadian employment gained 84k jobs in October (0.5%, m/m), following a gain of 378k in September. This is the sixth consecutive month of increases, putting national employment within 636k of its pre-COVID February level. The national unemployment rate was little changed at 8.9%, as some provinces reinstated containment measures targeted at restaurants and bars, and recreational facilities. Compared to the same month last year, Canadian employment was down by 3.1% (-598k).

Regionally, employment increased in five provinces, with the largest gains in BC and Ontario. In BC, employment grew by 33.5k (1.4%, m/m) in October, following a gain of 55k in September. The province is now at 97% of its pre-COVID February employment level. The unemployment rate fell for the fifth consecutive month, down by 0.4 percentage points to 8.0%. Meanwhile, in Vancouver, employment increased by 52k jobs (3.8%, m/m). Compared to one year ago, employment in BC was down by 3.3% (-86K) jobs.

As expected, employment recovery was slower in October than the jumps we saw earlier on. Gains in industries that were hardest hit reported some backpedaling in October, as a few provinces reinstated containment measures. As COVID-19 cases continue to rise, the path to recovery will be tougher, especially if containment measures in Ontario and Quebec are prolonged, and if other provinces/territories decide to follow suit. 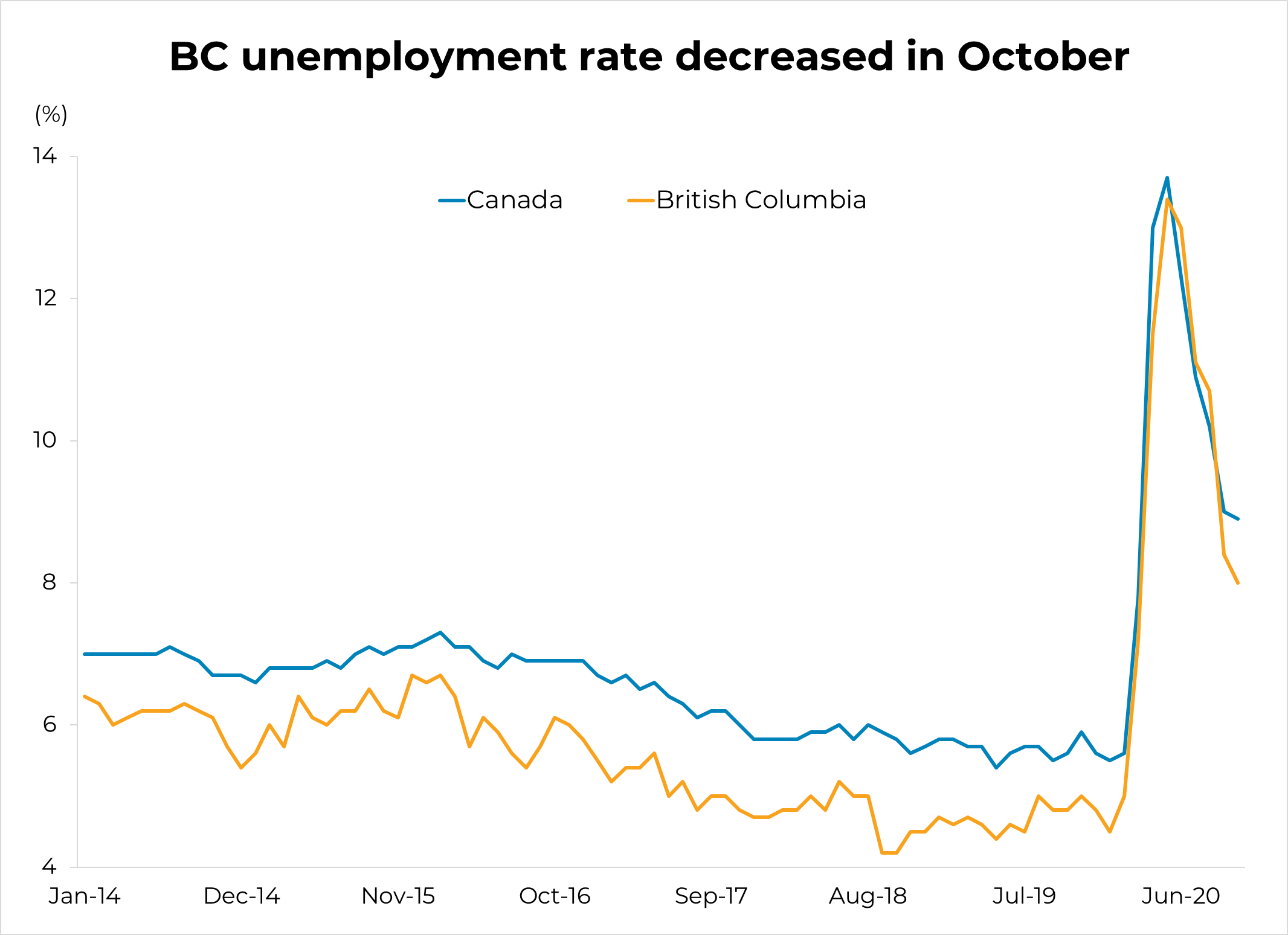 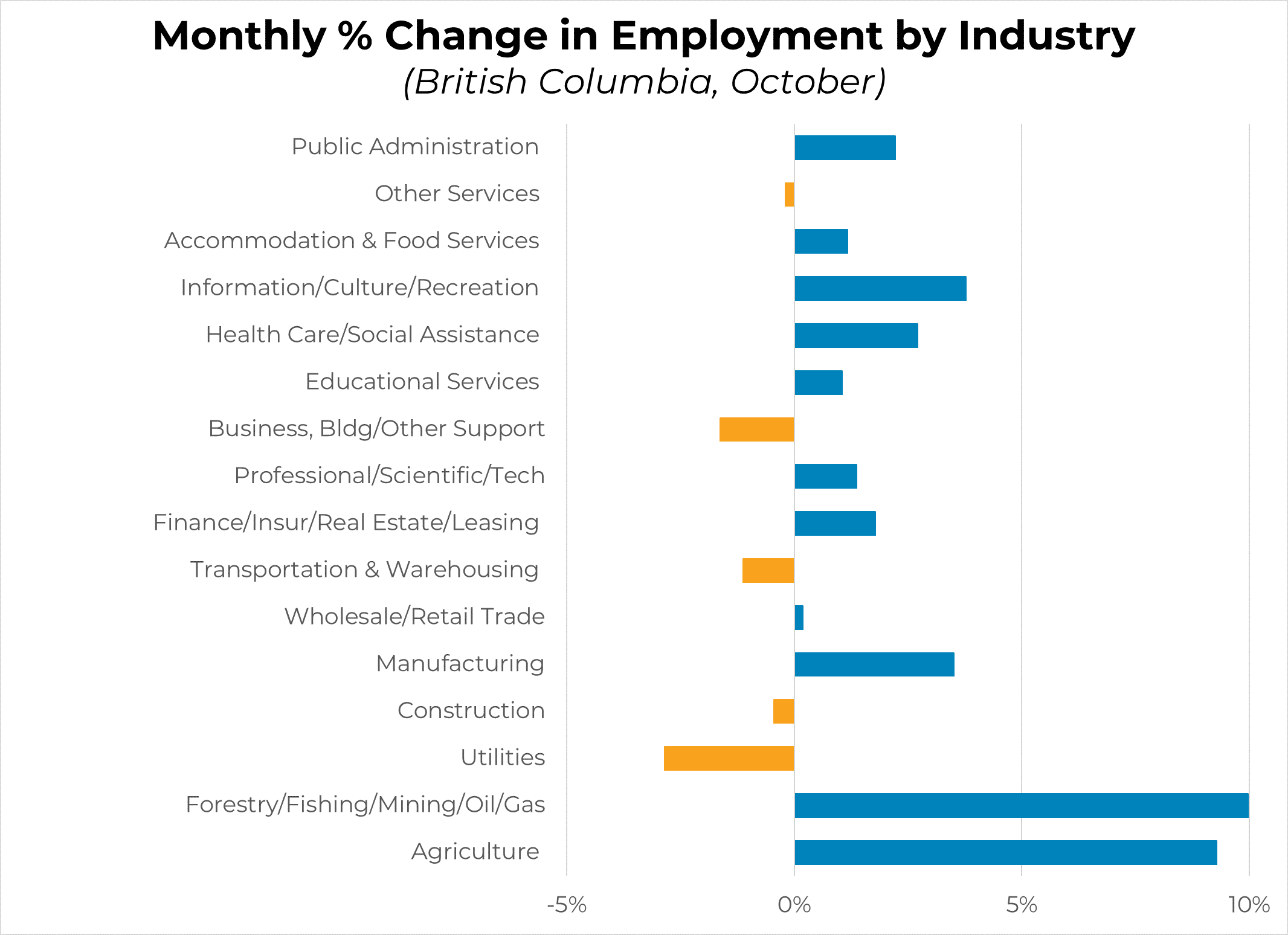