Canadian employment grew by 290,000 jobs in May (1.8%, m/m), representing about 10 per cent of the jobs lost since the pandemic was declared. The number of workers who had their hours reduced also decreased by almost 9 per cent. The national unemployment rate rose by 0.7 percentage points to 13.7 per cent from the previous month, as more individuals started looking for work in May. Three-quarters of the gains in May were in full-time work (219,000), while although the number of self-employed workers held steady, their hours worked continue to be reduced significantly.

Regionally, the distribution of gains was consistent with re-opening measures across the country, as Quebec represented almost 80 per cent of the gains with 230,900 jobs. With the exception of Ontario (-64.5k), all provinces reported employment gains. The goods-producing sub-sectors such as construction and manufacturing reported a stronger rebound in May than in the services-producing sector. This meant that men saw a faster increase in employment than women, as men account for a larger share of employment in goods-producing industries. Compared to the same month last year, Canadian employment was down by -13.5% (-2.6 million).

Meanwhile, employment in BC grew by 43,300 jobs (2%, m/m) in May. However, the provincial unemployment rate grew by 1.9 percentage points to 13.4, as more individuals started looking for work. Almost all of the employment increase was in the services-producing sector, led by accommodation and food services (12.4k), educational services (11.9k) and retail (11.8k). This is consistent with the province's first phase of reopening announced on May 6, which includes lifting the restrictions on non-essential services such as retail, restaurants, non-medical health services, and some schools. Compared to one year ago, employment in BC was down by 15.1% (-390k) jobs.

This was a good news report, as it appears we are on the path to a slow recovery. That being said, any continued employment gains will depend on consumers' demand for goods and services, which is expected to be hampered by the still 350,000 unemployed individuals in BC since February. Also, the rate of people returning to work will depend on their willingness to do so given ongoing health concerns. 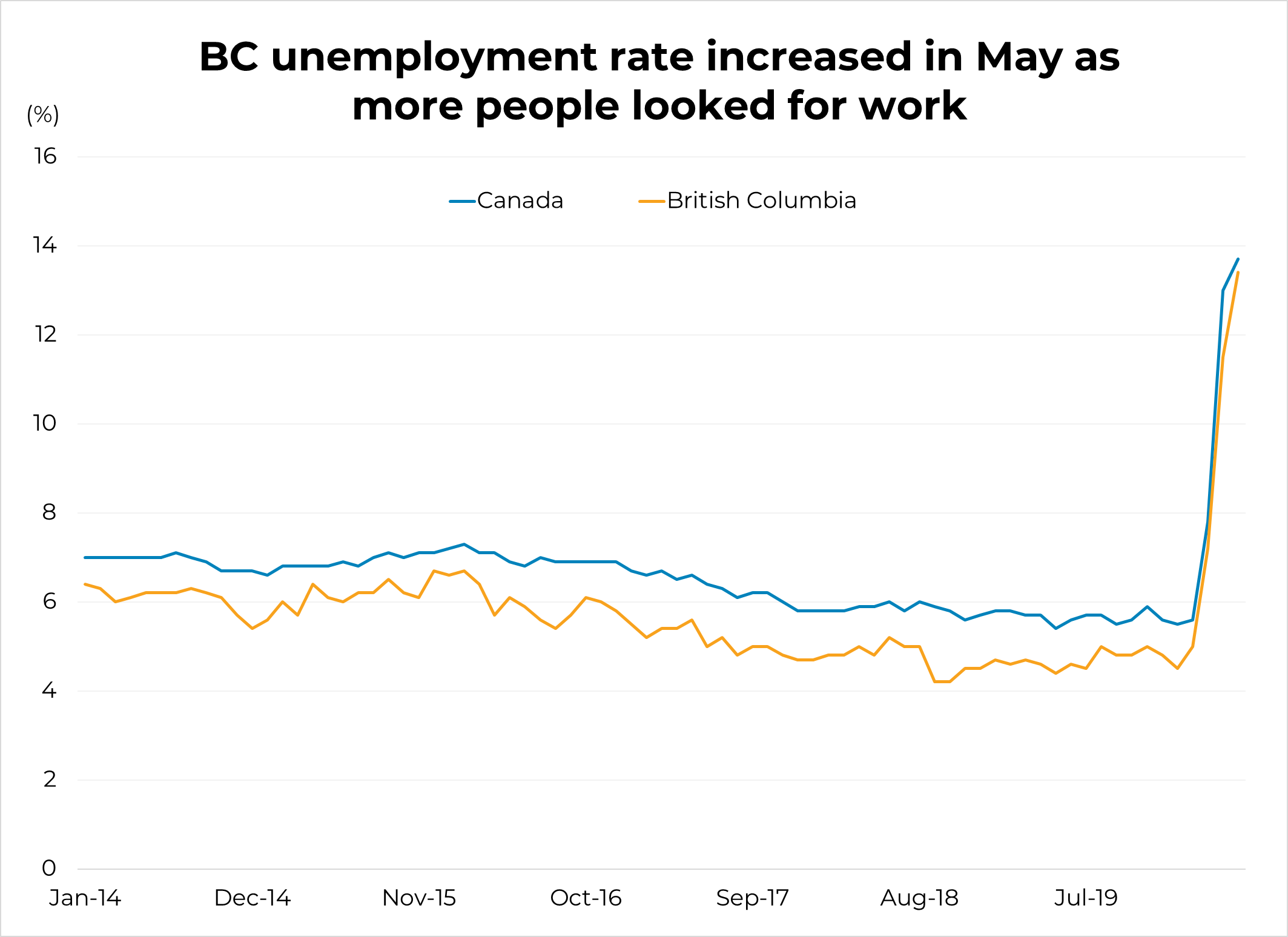 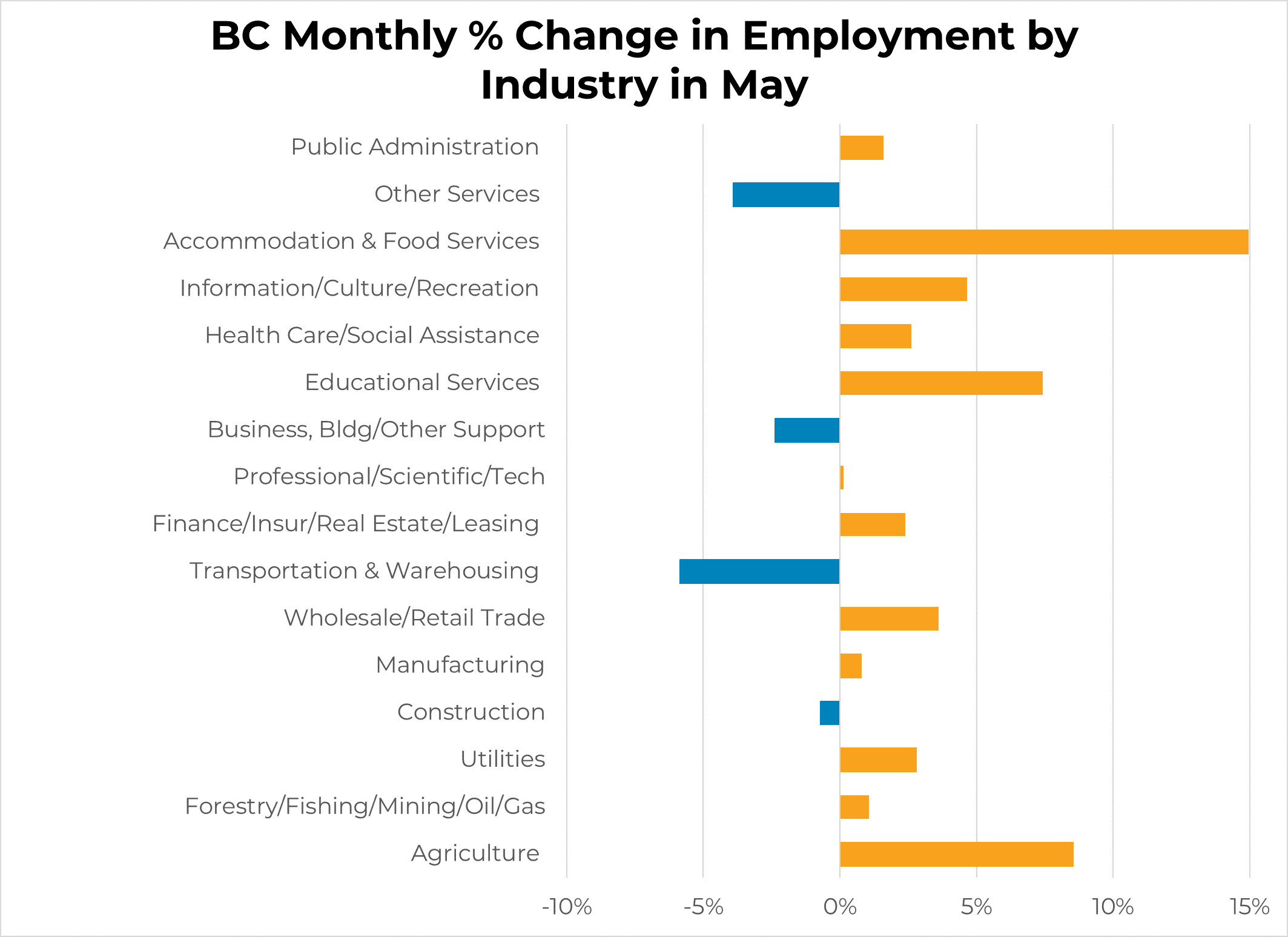