Posted on January 10, 2022 by Jeffrey Qian 錢 曄
Canadian employment grew for the seventh consecutive month in December according to Statistics Canada, rising by 55,000 to 19.371 million (0.3%, m/m). Canadian employment had recovered to its pre-pandemic level in September and is now roughly 1.3% above that level. Since the prior survey period, public health measures were largely unchanged. The survey occurred prior to the emergence of the Omicron variant and restrictions were very low across the country.

December employment gains were most pronounced among males aged 25-54, Ontarians, and those within the construction and education sectors. Fulltime employment increased by 123,000 (+0.8%) in December, whereas employment among those working part-time declined by 68,000 (-1.9%). The Canadian unemployment rate declined for a seventh consecutive month to 5.9%, the lowest level since the onset of the pandemic. The unemployment rate is now within 0.2% of the rate in February of 2020 (5.7%). 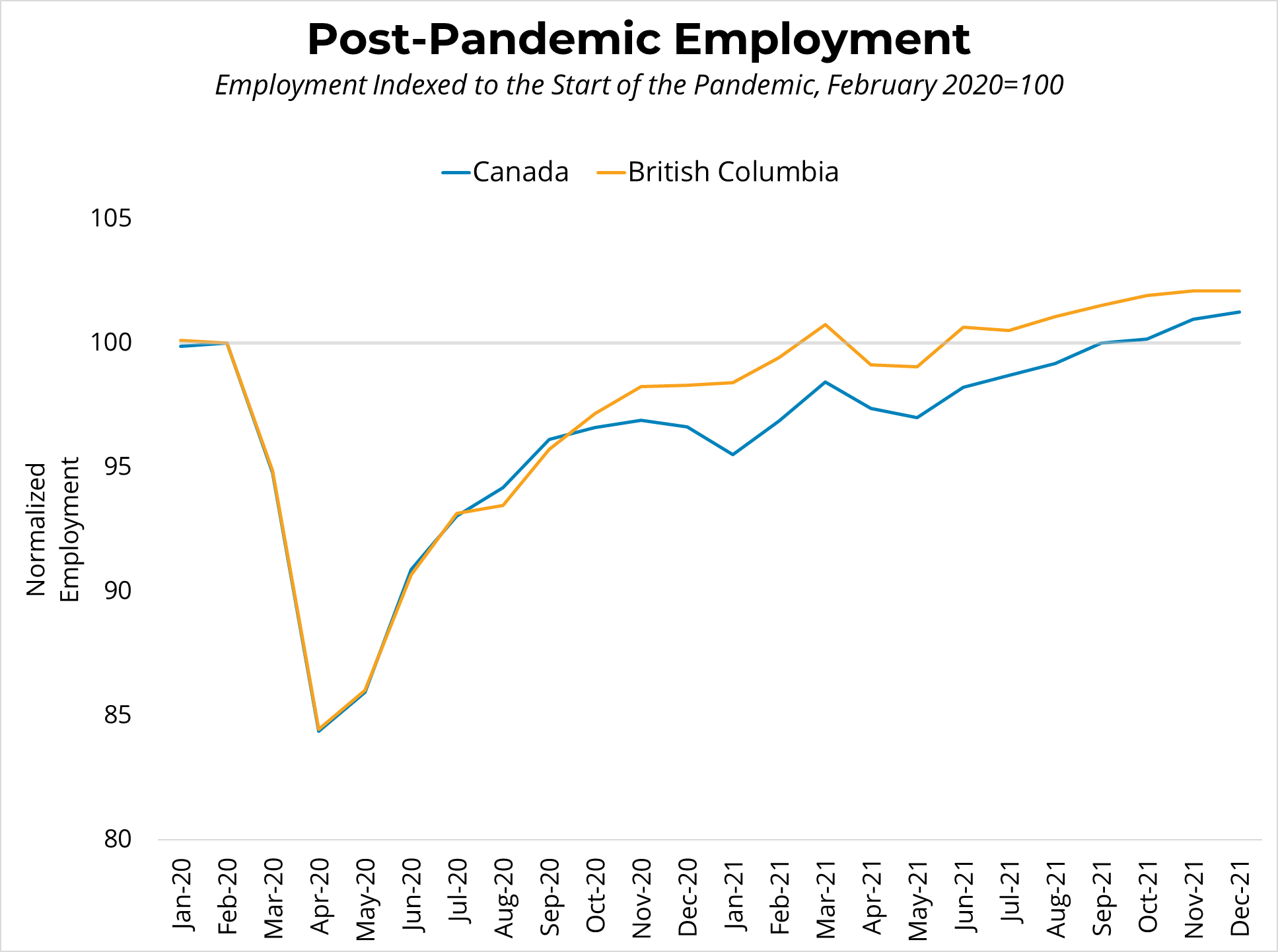 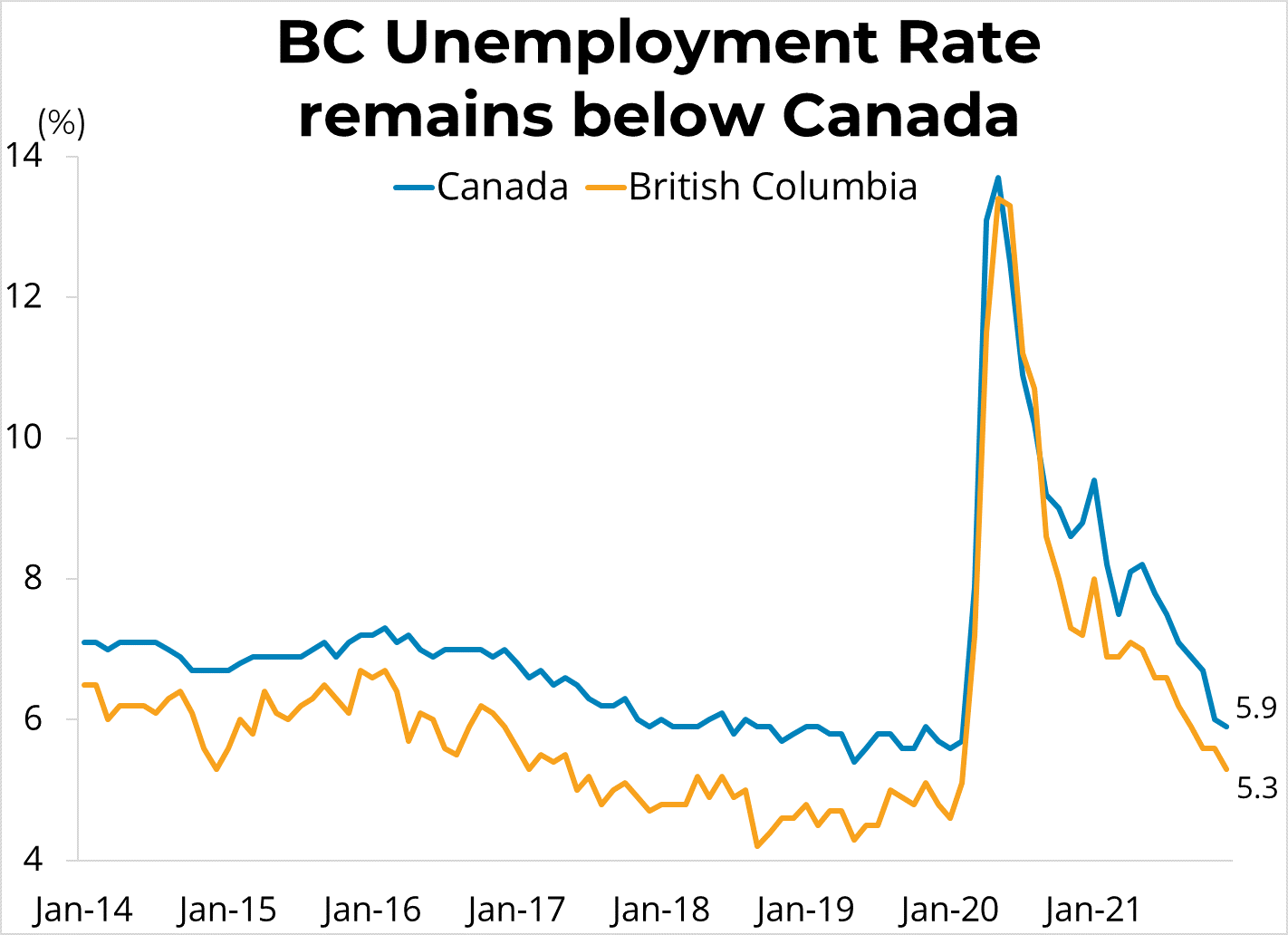