Posted on December 4, 2019 by Jeffrey Qian 錢 曄
The Bank of Canada held its overnight rate at 1.75 per cent this morning. In the statement accompanying the decision, the Bank noted that there is evidence that the global economy is stabilizing and that US recession concerns are waning, though trade conflicts remain the biggest threat to the Canadian economy.  The Bank expects modest growth in 2020 and for inflation to closely track its 2 per cent target.

With many central banks around the world lowering their policy rates,  why is the Bank of Canada holding firm? Simply, the Bank judges the potential of lower rates igniting a further accumulation of household debt as a greater risk to the Canadian economy than the risk from deteriorating global economic conditions.  Canadian policymakers have committed to bending the curve on the Canadian household debt-to-income ratio, through a combination of higher interest rates and stricter mortgage policy. 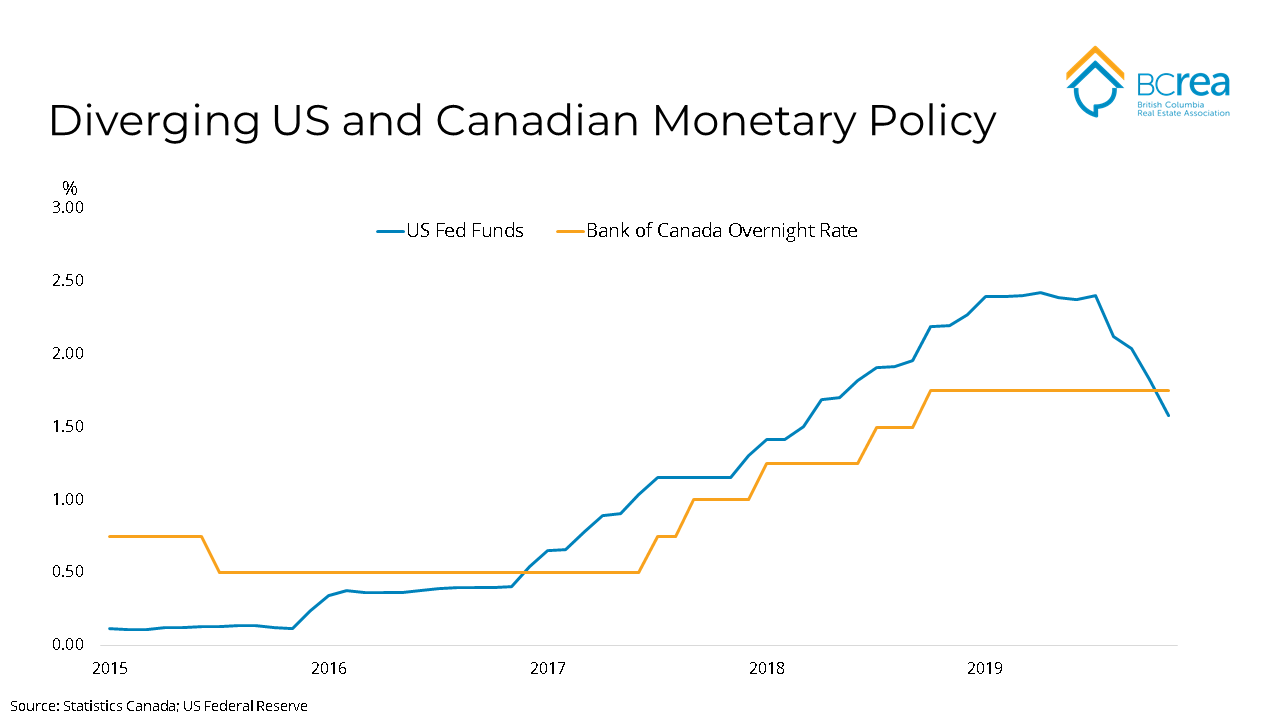 Balanced against the goal of restraining debt, the Bank sees the risk of a further disruption in global trade as manageable.  The outlook for Canadian economic growth is roughly in line with trend growth for the economy and inflation is expected to be well tethered to its 2 per cent target. As long as that outlook holds, we expect that the Bank will remain on the sidelines in 2020.
Comments:
No comments